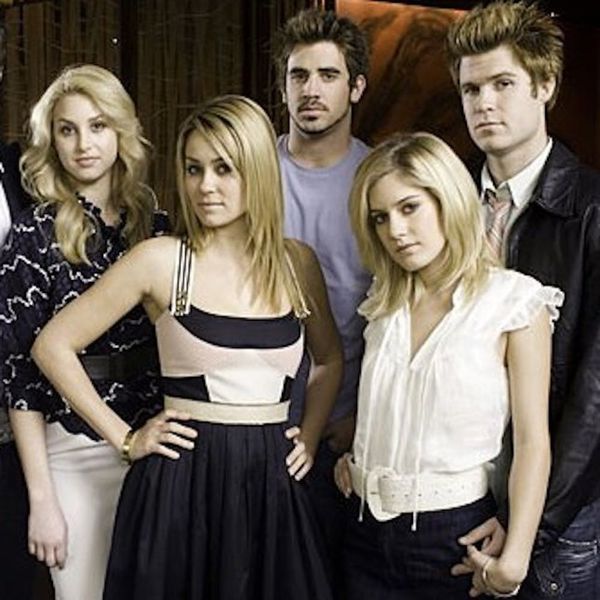 The Hills are alive… with the sound of babies? It sure seems like it! The stars of the former MTV hit The Hills are all grown up these days and having children of their own, with not one, not two, but three recent pregnancy announcements from the cast.

LC was the first to announce she’d be joining the ranks of moms Audrina Patridge, who gave birth last summer, and Kristin Cavallari, who has two boys and a baby girl to speak of. Then, just last week, LC’s pal Whitney Port announced that she too was expecting.

Now, LC’s former flame, Jason Wahler (you know — the guy she didn’t go to Paris for?) has also let the cat out of the bag that he and wife Ashley Slack (who he married in 2013) will be welcoming a new little bundle of joy in August. In an exclusive interview with ET, the couple said that they are “so overjoyed and excited for this baby!” and that they “absolutely LOVE kids and are so excited to be starting a family” of their own. Awww!

Though Wahler and Slack reportedly know the baby’s gender, they’re keeping it a secret for now, with Wahler posting a unisex onesie to Instagram along with a sonogram that’s simply captioned, “So blessed!”

The other night at the Boat parade in Newport Beach

“That’s what life’s all about,” Wahler told the outlet last April. “You gotta go there,” saying that he’d like to have at least two. For now, though, he’s just excited to see his new babe “have their first words or walk for the first time. All of it is such an incredible journey and blessing we get to be a part of.”

Which The Hills baby are most excited for the arrival of? Share with us over @BritandCo.

Nicole Briese
Nicole is the weekend editor for Brit + Co who loves bringing you all the latest buzz. When she's not busy typing away into the wee hours, you can usually find her canoodling with her fur babies, rooting around in a bookstore, or rocking out at a concert of some sort (Guns N' Roses forever!). Check out all her latest musings and past work at nicolebjean.com.
Celebrity Baby
TV
Celebrity Baby