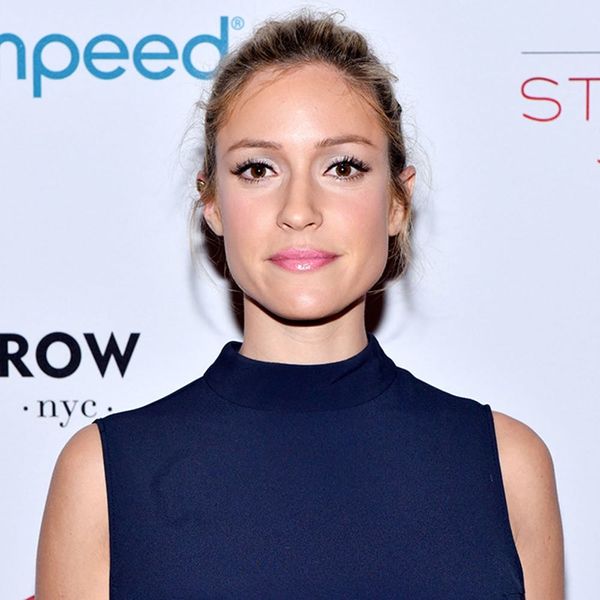 Lauren Conrad isn’t the only Laguna Beach alum catching people’s attention these days (we see that red hair, girl). Co-star and frenemy Kristin Cavallari gave birth to her baby #3 on November 23, a baby girl named Saylor James — proving that gender neutral baby names are definitely here to stay. But while Cavallari had shared teaser images of her newborn daughter’s body on Instagram, the child’s (presumably adorable) face remained a mystery. That is, until now.

Showing off a full head of spiky brown hair and dressed in an adorably gender-neutral black-and-white getup (topped with a sneaky pink headband, natch), little Saylor looks pretty much ready to take on a reality show of her own.

“Here is my little angel, Saylor,” Cavallari captioned the pic. “I couldn’t have asked for a better baby. We’re very lucky to have such a sweet, easy girl, especially since she’s the third one! I guess there was no other option! Happy new year, everyone!”

What do you think of baby Saylor’s (mostly) gender-neutral outfit? Tell us @britandco.