Apple Is Launching a New Red iPhone on Friday 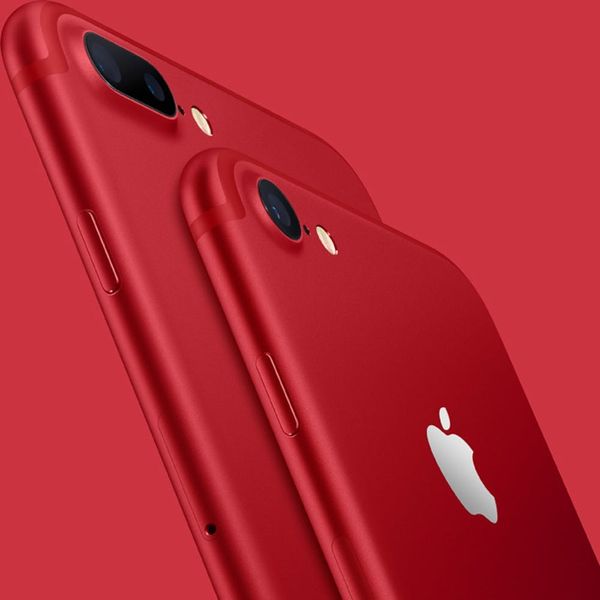 We’ve had 10 glorious years of the iPhone, and we’re always eager for the latest iteration. While we’ve been looking forward to the iPhone 8, we had no idea that Apple was planning to release one six months sooner than anyone expected. Yes, you read that right: We’re getting a new iPhone THIS WEEK — sort of.

Apple has been supporting AIDS charity Product RED for the last 10 years, with special editions of the iPod, headphones, phone cases, and more. But this time, they’re going big. The iPhone 7 and 7 Plus are getting special Product RED editions, and they’re available on Friday, March 24.

They feature the same aluminum body we’re used to, only this time it’s a candy apple hue. And since it’s matte, we’re betting it won’t scratch as easily as the black models!

The iPhones weren’t the only new kids on the block today, though. Apple also announced the launch of a 9.7-inch iPad (called the iPad), more Apple Watch bands, and a super snazzy video-editing app called Clips.

With all this new stuff, we have to wonder why Apple didn’t make bigger announcements. Maybe all this is just a distraction while they work on something much bigger? We’ll just have to wait and see.

Will you buy the red iPhone? Tell us @BritandCo!

Shea Lignitz
Shea can be found in the nearest bookstore or brewery, exploring the great outdoors, or blasting Led Zeppelin. She grew up in the cold and rain of Northern California's redwoods but is currently wandering around Texas.
Apple
Tech
Apple iPhone
More From Tech