Celebrate 10 Years of iPhones: a Look Back at Every Model 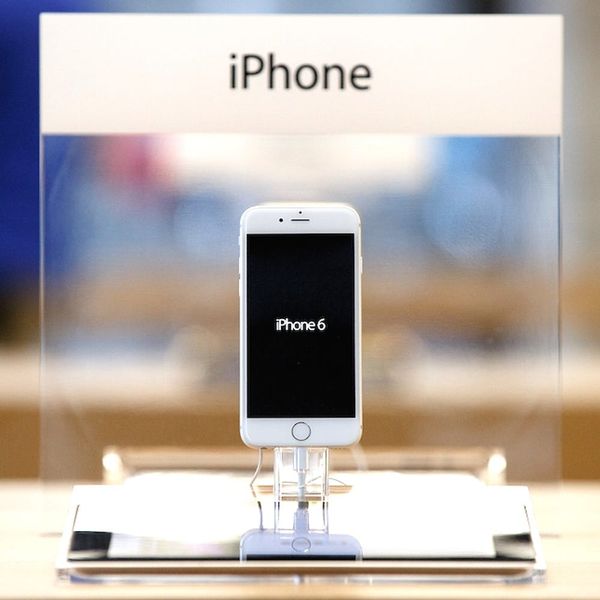 We’re one day out from CES 2017, and we saw all the newest and hottest things to come in tech, like this awesome gluten-testing device that’ll revolutionize how people with allergies eat. All this new stuff kinda makes us nostalgic for days past. On January 9, 2007, a certain tech company introduced the phone that would change the world. If you can believe it, the iPhone turns 10 years old today. We’re taking a look back at every version that has ever rocked our world.

When Steve Jobs introduced the iPhone, he called it three devices in one: a widescreen iPod with touch controls, a reinvented phone and an internet device. It introduced us to the now ultra-familiar app grid layout. One thing it was missing? The App Store. And it was only 3.5 inches, but who cares about size?

2. iPhone 3G (2008): The iPhone 3G brought 3G connectivity and push email. We also got the type of GPS navigation we now take for granted, as well as the App Store. Now third-party developers were allowed to put their own apps on Apple’s digital storefront, and the rest is history. Just think: Facebook, Twitter and Instagram weren’t on the iPhone when it first came out! *Shudder*

3. iPhone 3GS (2009): The 3GS is when Apple first introduced its practice of not making huge improvements to S models. However, it did see some nice internal improvements, like operating twice as fast (the S stood for “speed”), and, you know, being able to copy and paste text.

4. iPhone 4 (2010): The 4 was the first device ever to have a Retina display, and it came with a freshly redesigned aluminum and glass body. iOS got a slightly new look too, as the device shipped with iOS 4. Don’t hate — it was still very high-tech at the time. As was the new front-facing camera, which finally gave us the ability to FaceTime.

5. iPhone 4S (2011): This time, the S stood for Siri, the now-beloved virtual assistant. Snarky and lovable right from the beginning, Siri unfortunately didn’t have many capabilities in her early days, but it was still enough to get tons of people flocking to buy it. Although that may have also been due to the upgraded 8MP camera. Hmm.

6. iPhone 5 (2012): The 5 didn’t look that different from its predecessors, but we did get a nice aluminum body and a larger four-inch screen. Probably the most exciting thing though was the Lightning connector. No more ugly 30-pin cables. The Lightning cable went over so well that we still use it five years later, but maybe the iPhone 8 will do away with cables altogether. We already lost the headphone jack, so it’s not too far-fetched, right?

7. iPhone 5S (2013): Helloooooo, iOS 7. We finally got a crisp, flat design that did away with those ugly “3D” textures and used color to its advantage. We also gained the ability to do marvelous things with our fingerprints, as the 5S was the first phone to get Touch ID.

8. iPhone 5C (2013): The 5S’s cheaper cousin was an adorable, “unapologetically plastic” design, according to designer Jony Ive. We’re not sure what the intent behind this one was, except perhaps to give a slightly less pricey, less dent-able option. Or maybe Apple just wanted to make waves for releasing two phones in one year for the first time.

9. iPhone 6 and 6 Plus (2014): Woo! Apple went BIG. The 6 and 6 Plus brought us a huge (no pun intended) redesign. The iPhones now measured 4.7 inches and 5.5 inches. They were thin and sleek, with rounded edges and oblong volume buttons. They still fit nicely in the palm of our hand (at least, the smaller model did), but unfortunately the enlarged design wasn’t very durable. A lot of customers complained that their phones were bending. We’d recommend not sitting down with your phone in your back pocket, but we’re no experts.

10. iPhone 6S and 6S Plus (2015): If the 6S and 6S Plus look identical to their predecessors, you’re not hallucinating. Apple focused on the internal stuff with these models. The only “big” changes were Live Photos (who uses those, anyway?) and 3D Touch, which is actually pretty dang useful in some cases. Well, at least us lazy girls think so.

11. iPhone SE (2016): Apple surprised everyone with a seemingly random model in early 2016. It looked identical to the 5S, but with faster operation. The four-inch device was perfect for anyone who wanted a newer model without going big. It remains to be seen though if Apple will continue to offer smaller options, or if our phones will continue to grow until they’re as big as the iPad Pro.

12. iPhone 7 and 7 Plus (2016): The 7 models caused quite a stir last September. Apple did NOT give us a new design like we’d come to expect, meaning the 6, 6S and now 7 all had the same design. Yawn. However, they did change a few key features, like the (lack of a) headphone jack, and the camera, which on the 7 Plus is a dual camera.

The newest models are also water resistant, so maybe we can start pushing each other into pools again without worrying about having to shell out $600 to replace our friends’ phones. Because their faces? Priceless.

Shea Lignitz
Shea can be found in the nearest bookstore or brewery, exploring the great outdoors, or blasting Led Zeppelin. She grew up in the cold and rain of Northern California's redwoods but is currently wandering around Texas.
Apple
Tech
Apple iPhone Tech News