Arien Pauls Was a Human Trafficking Victim — Now, She’s Fighting to Give Women Like Her a Second Chance 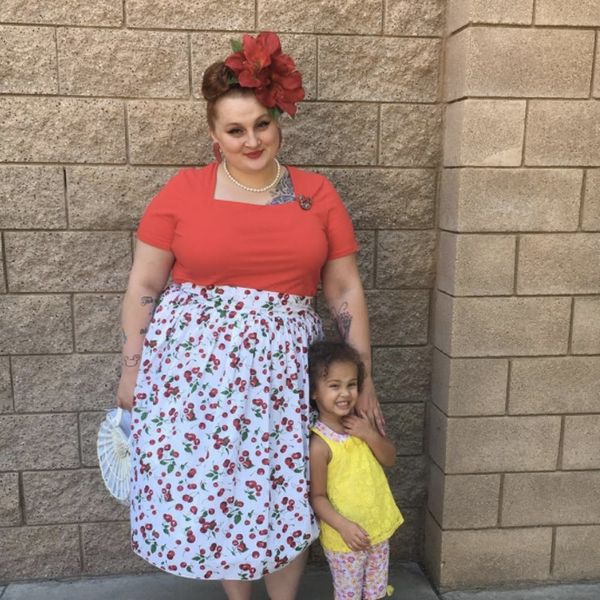 Arien Pauls was only 18 years old when she fell victim to human trafficking in Fresno, California. Fresh out of high school, she was working at Taco Bell and struggling to pay the bills. She started chatting with a guy on MySpace. They met; he showered her with gifts. It seemed like he loved her.

And then he asked her to have sex for money.

So began three years of beatings, rape, and forced prostitution. She was sold from pimp to pimp in various cities, never allowed to keep her earnings. She was arrested many times, but only asked by police if she needed help once.

Eventually, she fled and sought refuge with law enforcement. Today, Pauls is 28 years old. She works as an assistant catering manager, has a daughter she’s devoted to, and works with human trafficking advocacy groups Breaking the Chains and the Central Valley Justice Coalition to break the cycle and give women like her a second chance at life.

Getting out wasn’t easy. There weren’t many resources to help trafficking survivors when Pauls broke free. She couldn’t find a job because of her criminal record. And she faced the stigma of being a survivor; she felt no one believed her story. Isolation and loneliness haunted her.

She’d been rescued, but her life was anything but normal.

“I struggle to keep my PTSD and anxiety in check,” says Pauls. “I will spend the rest of my life finding ways to cope with what I experienced. In the beginning, I did not even know where my strength or courage to keep fighting came from; I just knew that I was meant to use my experience to make a difference.”

Pauls managed to create a life for herself largely thanks to Breaking the Chains, an advocacy group for survivors of human trafficking. They helped her get a full-time job so she could get an apartment and provide for her daughter, and gave access to individual counseling and child care.

Pauls says that the organization even went so far as to help her replace a window when her car was broken into so she could continue to drive to work. But the greatest thing Breaking the Chains gave her, Pauls says, is the ability to believe in herself.

Arien Pauls leads Survivor Connect for @btcfresno as well as serving on our @justicecoalition board. She is an amazing victim advocate and a huge blessing to our organization. #survivors #education #advocacy #endhumantrafficking #justicegoals #moderndayslavery #enditmovement

A post shared by CentralValleyJusticeCoalition (@justicecoalition) on Aug 26, 2017 at 5:32pm PDT

“BTC had recognized my potential for leadership; they support me in all aspects of my life, pushing me to see that I am more then a survivor; I am meant to thrive,” says Pauls.

Through BTC, she now advocates for victims like herself by leading a survivor connection group, performing assessments on potential victims, and mentoring victims. She attends community events and shares her testimony in order to raise awareness.

Additionally, she works with the Central Valley Justice Coalition and is a facilitator for My Life, My Choice — a curriculum that educates teen girls about trafficking and works to prevent sexual exploitation. She works there as a facilitator, as well.

Says Pauls, “Being in a place to mentor and help other women who are in or coming out of a similar situation has been rewarding in the sense that despite how horrible my experience was, I can now use it for good.”

She’s also finally in the process of getting her pimp’s tattoo removed — a large rose on her chest. Branding victims is a common practice by pimps and a painful reminder to survivors of their former life. A new project founded by United Way Fresno and Madera Counties is helping human trafficking survivors get their tattoos removed free of charge.

It’s not a coincidence that Pauls became a victim; Fresno is a hotbed for human trafficking. Its high crime and poverty rate leaves young girls and women vulnerable targets. For Pauls, education is the most important thing to prevent trafficking — and not just about the dangers of human trafficking. Young girls should also be taught about safe relationships and boundaries.

Says Pauls, “I came from a sheltered but abusive home life that left me vulnerable; understanding what is considered to be safe and healthy when it came to men and relationships in general could have potentially prevented me from becoming a victim.”

Aside from her advocacy work, this amazing woman is hard at work on a Bachelors of Science in Justice Studies and plans to apply to law school to become an attorney and continue the fight against human trafficking. And for her daughter, Pauls told us that all she wishes in the world “is for her to see that she is loved, and can accomplish anything she sets her mind to.”

If you’re a victim of human trafficking or you suspect someone else is, call 911 or the 24-hour National Human Trafficking Hotline line at 1-888-373-7888. Learn how to identify signs of trafficking here.

Bronwyn Kienapple
Bronwyn Kienapple is a Toronto writer who recently spent four years living in Mexico City and traveling in Southeast Asia. She's a former publishing professional who quit her full-time job to travel and write. When she's not penning cozy cat mysteries for Amazon or ghostwriting romance and YA, she's hoarding foster cats, eating all the vegan food, and planning trips near and far.
Ladies First
Current Events
Ladies First
More From Current Events