‘Bachelorette’ Season 14 Finale: Becca and [Spoiler] Make Their Debut as a Couple 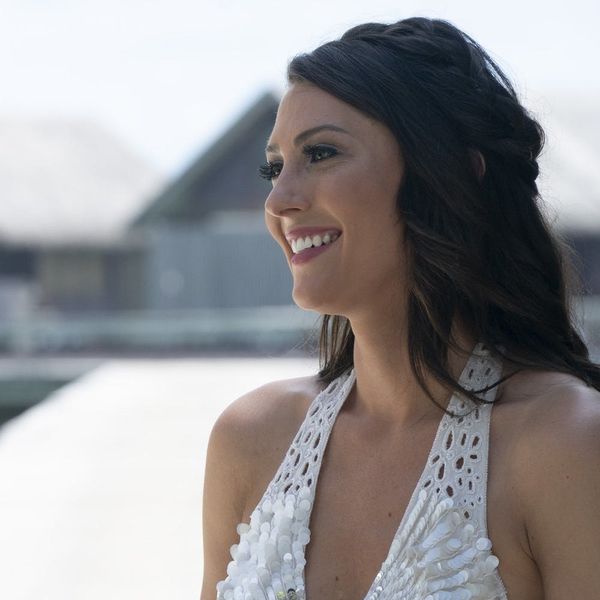 Warning: Major spoilers ahead for the season 14 finale of The Bachelorette. Do not read if you have not watched the August 6 episode, unless you just can’t wait to find out which of Becca Kufrin’s final two men — Blake Horstmann or Garrett Yrigoyen — won her heart.

After getting her heart broken by a certain former Bachelor on the most recent season of the ABC franchise, Becca Kufrin has found love again on reality TV. After whittling down the competition to two men — Blake Horstmann, who got the first one-on-one date, and Garrett Yrigoyen, who got the first impression rose — Becca accepted a proposal from the latter on a beach in the Maldives back in May.

Fast-forward to today, August 6, and she and Garrett are happier than ever, despite some recent bumps in the road. The two made their debut as a couple on the live “After the Final Rose” portion of the season 14 finale, where they talked about their plans for the future and how thrilled they are to finally be able to go out in public.

“We have just grown so solid in this relationship, and I continue to get to know him, but I have just loved every second of it,” Becca gushed to Chris Harrison.

Which is not to say it’s been all smooth sailing for the pair. Very early on in their engagement, even before their season had premiered on ABC, it came to light that Garrett had liked Instagram posts mocking transgender people, immigrants, and feminists, among others. He apologized in a statement at the time, but he admitted on Monday’s finale that the controversy put a strain on his relationship with Becca.

“I didn’t realize the effect behind a double tap or a like on Instagram, so I put out an apology,” he told Chris Harrison. “I didn’t mean to offend anybody. I stand by everything that I posted in my apology, and I’m just trying to grow as a person and be a better person on a daily basis. [Becca’s] helping me through everything. We’ve been honest and open and transparent with one another since the beginning, and when that all came out, we attacked it, because when I was liking things, it was going against what she stands for, and that made it hard on us as a couple.”

He said he even worried that he might lose her because of it. Ultimately, though, both he and Becca think they’re stronger now because they were able to work that together. “That was a major thing that we had to talk about early on at the very beginning of our relationship,” she recalled. “I luckily got to know him for who he really is. You know, on the show, we don’t have phones, we don’t have social media, so I got to see who he is, his heart, his soul.”

“I feel like she knew who I was as a person and that I didn’t stand behind those likes and that I was a better person than I was presenting on my social media,” he added.

Now, she said, she just wants to move on and start her life with Garrett. The two revealed on Monday that although they don’t currently have any wedding plans, they are moving in together. They plan to spend some time in her hometown of Minneapolis and at his place in Reno before maybe moving out to California for a couple of years.

Do you think Becca and Garrett will go the distance? Tell us @BritandCo.