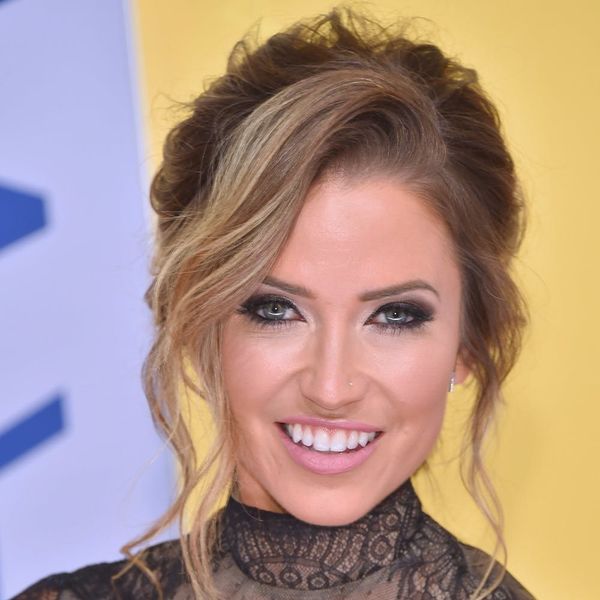 Meghan Markle isn’t the only celeb with wedding gowns on the brain these days! Kaitlyn Bristowe — AKA the super spunky Bachelorette star from of the show’s 11th season — locked down her dream attire last month for her possibly televised wedding event with fiancé Shawn Booth, and she’s FINALLY dropping some hints to fans about what her outfit for the big day might look like.

Though no date has been revealed, the Canadian-born TV personality has been working closely with bridal gown designer and friend, Hayley Paige, to create not one, but two bespoke looks for the ceremony and reception.

In an interview with E!, Bristowe, 32, revealed that her ceremony dress is “…elegant but it’s also edgy,” adding that we shouldn’t expect anything plain or simple. “It feels so pretty and it’s girlier than I thought it would be,” she gushed, “but there’s also an edge to it which makes me feel like, ‘Oh, this is so me.'”

The designer noted that her pal’s main nuptial inspiration was the black two-piece crop top and skirt she wore to the 2016 CMAs, which designer Paige called “…a good foundation point for the wedding dress.” “It was definitely inspired by her CMAs look,” she said. “I mean, she was best-dressed at the CMAs.”

As for the color, Paige also shared that the groom-to-be, Booth, helped pick the hue for her walk down the aisle. Awwww!

When it comes to the reception dress, both ladies confirmed that it’ll be fab for dancing, and alluded that it will most likely be covered in sequins and/or glitter: “Let’s just say she is not going to need a disco ball,” Paige quipped.

While both of the bride’s looks will no doubt be stunning, it definitely sounds like she’s veering from the traditional. As the soon-to-be Broadway star pointed out, “I’m definitely not the traditional type of gal. I met my fiancé on a reality show.” Touché, Kaitlyn. Touché.

Would you ever wear a two-piece wedding gown? Tweet us @BritandCo!