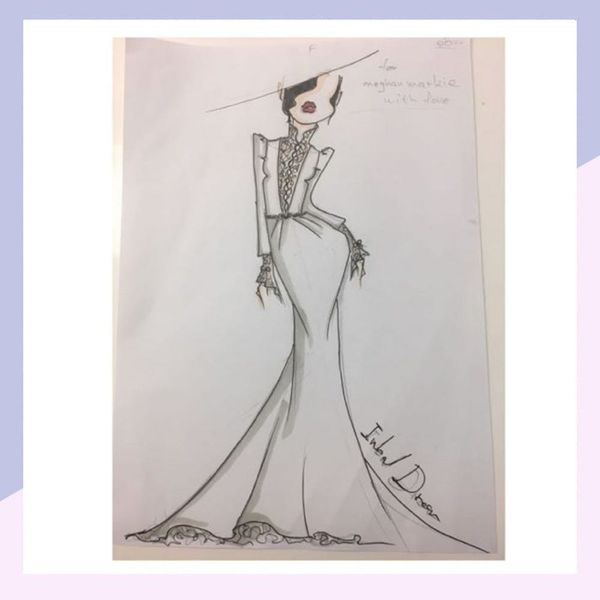 As the royal wedding creeps (ever so slightly) closer, even the tiniest of clues rev up the speculation mill — especially when it comes to anything involving Meghan Markle’s wedding dress. While we’re not anticipating any pre-wedding photo leakage, we may be one step closer to confirming who will design the gown seen around the world on May 19th.

According to reports from PEOPLE, Kensington Palace officially requested sketches from Israeli fashion designer, Inbal Dror, for Markle’s consideration. Should Markle choose to wear Dror’s design on her wedding day, she’d be breaking a tradition of royal brides-to-be donning British dress designers over the years.

While Dror isn’t necessarily a household name (at least not yet), you’ve probably seen her work on a smattering of leading ladies; Naomi Watts is partial to her gowns and Queen Bey donned an avant-garde Dror number while presenting at the 2016 Oscars. The A-list worthy gowns retail for around $8,000 – $10,000.

Dror’s designs are nothing short of stunning, but we’re wondering how the glamorous lace and over the top trains fit into the bride’s idea of her dream wedding dress. After all, the 36-year-old has alluded to preferring simple, timeless wedding gowns, citing Carolyn Bessette’s simple slip dress as “everything goals.” While we can only imagine what Markle’s dress will look like, we’re absolutely certain that she’ll look like a total princess.

(Images via Inbal Dror and Cliff Lipson/CBS via Getty)