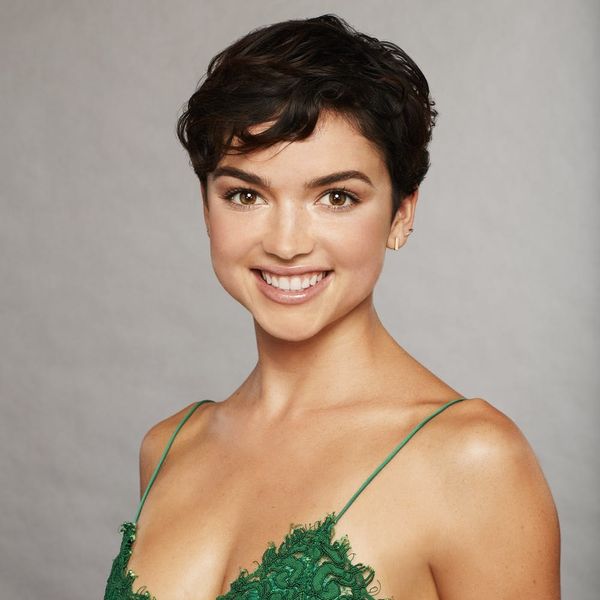 Bachelor season 22 star Bekah Martinez recently surprised fans with the news that she’s pregnant and expecting a child with boyfriend Grayston Leonard, and in a new YouTube video, she opened up about her experience so far as she answered fans’ burning questions.

Sitting on her bed at home, Martinez revealed that she is now 21 weeks along, and that her due date is January 29. “I kind of have a hunch that the baby is going to be a little bit late,” she shared.

“My birthday is February 10, and of course it would be kind of like a big cosmic joke if I have to plan birthday parties for the next however many years for somebody else instead of myself, but you know what? That’s what motherhood is kind of about.”

Martinez first revealed she was expecting earlier in September. In her initial YouTube video, both she and Leonard spoke openly about the unplanned nature of the pregnancy, and Martinez now says that she received many negative and judgmental comments and questions in the aftermath.

“We wanted to capture how scary it was to be in that position,” she said of why she shared that it was a surprise. “Our method of birth control failed. There is a mentality of, ‘It’s not going to happen to me, what are the odds that it’ll only take once?’ Well, spoiler, it only took once. … It’s really ignorant and unfair to assume that someone is taking absolutely no precautions if they become pregnant.”

Martinez also answered viewers’ curiosity about the sex of the baby: She and Leonard have decided not to find out until the baby is born. Now that she’s in her second trimester, though, the baby is starting to kick and Martinez is feeling “really healthy and alive and really dynamic and excited about everything.”