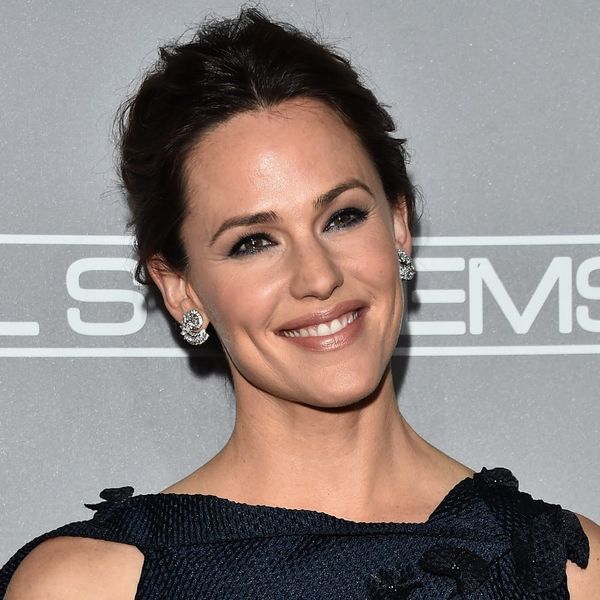 Jennifer Garner may be a Democrat (she campaigned for Hillary Clinton and held a fundraiser for Barack Obama in 2008), but like Chelsea Clinton, who’s sticking up for Kellyanne Conway over recent remarks made against the presidential counselor, Garner is reaching out an olive branch to the opposing party with one common goal in mind.

As the 44-year-old actress, who spent this weekend on Capitol Hill to address the National Governors Association, told The Washington Post, she’s not only willing to chat with Trump with regard to the matter of helping children in poor communities receive education, but her bags are all but packed. “If he’s willing to help the poor kids who got him elected, then let’s do it. They certainly think he’s going to,” she told the outlet.

As a board member of Save the Children, the issue is one that’s of particular importance to the 13 Going on 30 star. She says that while some in Hollywood “want to turn their backs on the administration… and just wouldn’t even want to engage,” she is more than willing to meet with Trump or other members of his administration face-to-face to discuss the issues at hand — she was, in fact, scheduled to meet with Ivanka Trump this weekend when scheduling issues arose.

“I’m looking forward to help him make good on what they saw as promises, a mandate from him that he is going to make their lives better,” she said. For Garner, that means funding for reading and literacy programs with all-day kindergarten. It also means lobbying for some amendments to the tax code, which would currently see decreases in taxes for the upper class, or alternately, some form of additional credit or deduction for the less fortunate.

As Garner’s fellow Save the Children board member and president of its political arm, Mark Shriver, told the Post, “If there is tax reform and nothing for the poor, working families in this country, and families that are middle class and struggling, that’s not good.”

It’s an issue Garner thinks Trump in particular should care about, as many of the voters who pledged their allegiance to him did so in good faith that he would help them. “People felt like Trump really understood them, that he was going to come in and create jobs for them. They felt like they needed something to just turn everything upside down.”

And so, she hopes to find an audience with the commander-in-chief. “Send me a ticket to Mar-a-Lago,” she joked of Trump’s Palm Beach home. “I’m ready to go down and have a steak and a good chat. I really think it’s great if he’s willing to help the poor kids who got him elected.”

Fingers crossed she’s able to make some headway on behalf of the children she’s seeking to help.

Do you think more stars should work with Trump to see issues being resolved in the White House? Tell us @BritandCo.