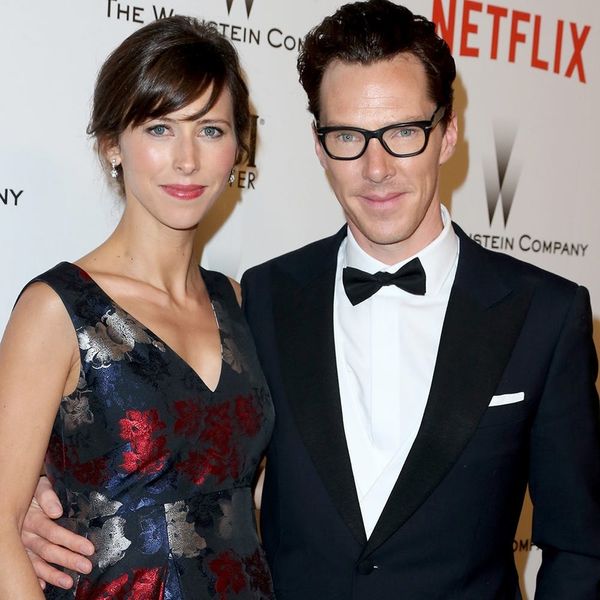 Well folks, we made some baby name predictions but it looks like we had Benedict Cumberbatch and Sophie Hunter’s baby name all wrong. They didn’t go with Joffrey, Marco or Mimosa. Instead the English couple kept things simple and named their first son, Christopher Carlton Cumberbatch. The babe is only three months old but we’re thinking he’s already going to go down in history as one of the biggest tongue twisters in celebrity baby names.

People reports that Carlton is a Cumberbatch family middle name that has been passed down through generations. It is shared by the actor, his father and now the newborn.

The name Christopher isn’t quite up to par with his dad’s unique name, but it does have a similar regalness about it. According to Nameberry, the name Christopher has roots in Greek and Latin and is said to mean, “bearer of Christ.” While we’d consider it a classic pick, Nameberry does report that the name dropped from their top 25 list last year. However, if we know anything about Cumberbatch fans we’re guessing that won’t be the case come this time next year.

What are your thoughts on this name? Share with us in the comments below.