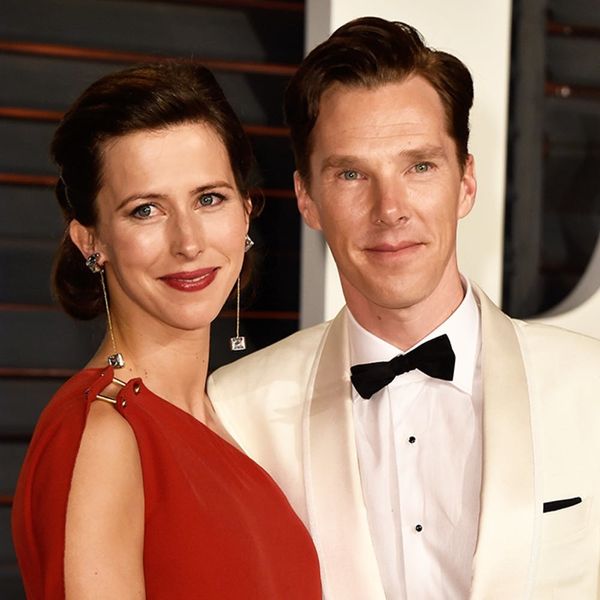 This weekend, Benedict Cumberbatch and wife Sophie Hunter welcomed a baby boy, who no doubt rode into the world on a sea of fangirl tears. We can’t wait to see pictures (he’s probably sweeter than a chocolate version of his pop) and, naturally, to hear the baby name of choice. A rep for the family has asked that they get some well-deserved privacy in the weeks following the birth, which translates to no name reveal for us poor Cumberbeauties all over the world.

Joffrey Stannis Cumberbatch: Following the distinctly English trend of naming your baby after kings (all hail, HRM Baby Prince George) we thought a name like this would be an interesting take. This moniker will prompt fear and respect, two qualities everyone looks for in a baby name.

Benedict Cumberbatch Cumberbatch: Celebrities, a group not known to be self aware or humble, really like naming their babies after themselves (just ask George Foreman). Actually now that you mention it “George Foreman Cumberbatch” is also not a bad name and will easily pay for itself in grill discounts.

WhiteKhan Cumberbatch: A name that commemorates the historic casting choice to have Daddy Cumbs reprise a role in Star Trek: Into Darkness originally played by Latino Ricardo Montalban. And seriously if he’s going with naming the baby after his famous roles this is marginally better than Smaug.

Mimosa Cumberbatch: Because every bruncher knows that that’s the best thing to have with a Benedict. Then he could name his future daughter Bloody Mary.

Snorkledink Cuttlefish Cumberbatch: This was just one of the names the Tumblr page “Benedict Cumberbatch Name Generator” suggested so that seemed appropriate. Bonus: You could call him “Snork” for short! “COME ALONG SNORK, DADDY IS GOING TO BE LATE FOR THE BAFTAS!”

Molly Sanchez Cumberbatch: Because that is really a beautiful name, don’t you think? Kind of connotes a quiet dignity and journalistic prowess, no?

What would you name the Cumberbaby? Tell us in the comments!

Molly Sanchez
Molly Sanchez is a writer, comedian and lover of burritos everywhere. She has written for The Bold Italic, Liquid Bread, Thrillist and HelloGiggles. She devotes her time to Bloody Mary research, exploring San Francisco and promoting wide spread shower beer awareness and appreciation. Find her on Twitter @seriousmolly trying to get famous people to laugh at her jokes or on Instagram @mollyfuckingsanchez where she swears a lot.
Celebrity Baby Names
Baby Names
Celebrity Baby Names
More From Baby Names