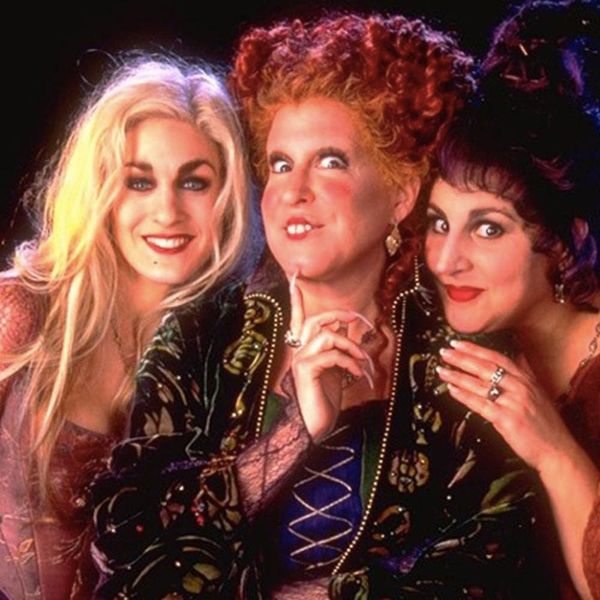 Earlier this fall, it was announced that the Disney Channel was in the early stages of reimagining the 1993 witch classic Hocus Pocus into a new TV movie. Sadly, the original cast (Sarah Jessica Parker, Kathy Najimy, and Bette Midler) are not going on board to reprise their original roles — and in fact, one of the iconic original witches, in particular, has expressed that she’s not too happy about the film happening at all.

Last year at the Hulaween party — which Midler hosts — she actually brought back her famous Winifred Sanderson character from the film for the soiree. It’s a character the actress obviously takes some ownership over, and she expressed as much at this year’s shindig.

Winifred Sanderson flies in to Hulaween! Says thanks to everyone who made it such an electrifying evening!!

The new movie, which is still just in development, is being written by Scarlett Lacey, while the film’s original producer David Kirschner is also on board. Original director Kenny Ortega, however, is not attached to the project.

All three of the main cast members have said in various interviews over the years that a sequel would absolutely interest them. But when asked about whether she might pop up in the new TV remake (if, you know, the money talked), Midler made it perfectly clear where she stood on the matter: “No, no, no!”

Maybe it’s time to revisit the idea of a sequel after all!

Will you watch the TV movie remake of Hocus Pocus? Let us know @BritandCo.