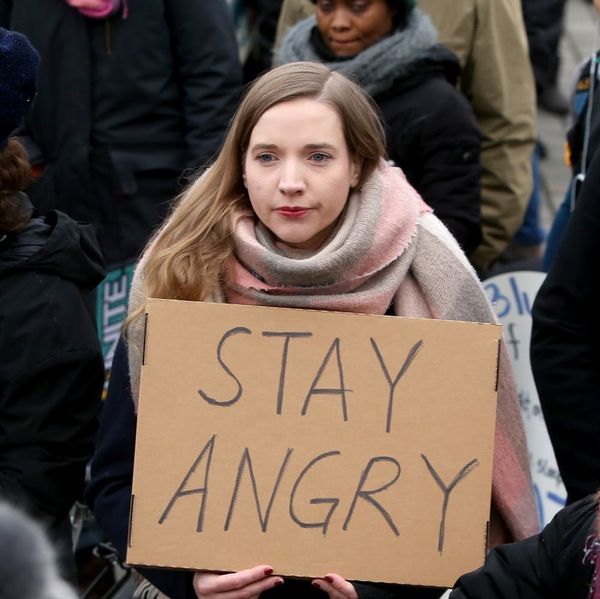 UPDATE (April 26, 1:54 pm EST): After some 14 hours of deliberation, a jury of seven men and five women have found Bill Cosby guilty on all three counts of aggravated indecent assault.

With the ongoing resurgence of the Me Too movement, survivors of sexual abuse have come forward in droves against men in power. But before now-disgraced Hollywood producer Harvey Weinstein was reported to be a serial sexual abuser almost half a year ago, Bill Cosby was accused of rape and other sexual violence by more than 50 women. Cosby was tried last June for three charges of felony aggravated indecent assault, but the jury couldn’t reach a decision. In a new era of Time’s Up and Me Too, Cosby’s retrial began on Monday.

Both Cosby and Weinstein were powerful men in the entertainment industry, both reportedly victimized a huge number of women over the course of many years, and the alleged predatory behavior of each man was an open secret for as long as it went on. But since investigative reports in the New York Times and the New Yorker reported Weinstein’s alleged predation last October, the culture seems to be shifting in favor of victims of sexual abuse. So what does that mean for the Cosby retrial — and, more importantly, for future women whose paths cross with high-powered perpetrators?

“The Cosby case has been an important one for our movement, because it has helped people to see that anyone can be a predator,” Brittany Hunt, Justice Systems Coordinator for the Louisiana Foundation Against Sexual Assault (LaFASA) tells Brit + Co. “Sexual assault is a crime of power and control. Men with fame and money oftentimes know that they will be believed over their victim, especially if the victim is a woman, younger, a person of color, or anyone with less power.”

According to Hunt, the Me Too movement is already having an impact on the advocacy work LaFASA does. “Anecdotally, LaFASA has seen an increase in calls from survivors of all forms of sexual violence since the Harvey Weinstein case made national news in October,” Hunt says. “We have had a particular uptick in calls from people facing workplace sexual harassment. The conversations around sexual assault and harassment have galvanized members of the service industry, who have been doing some fantastic organizing locally on improving the work culture at bars, restaurants, and hotels.”

Erin Walton, Executive Director of Rape Victim Advocates (RVA) in Chicago, also says her organization has seen an increase in reports from survivors recently. “Since the surge of the MeToo movement, the volume of calls, emails, and inquiries RVA has received continues to increase,” she says. “I think this speaks boldly to the fact that sexual violence is an epidemic but more importantly that more survivors trust that they are not alone and that they will be heard and believed.”

Not only has there been an outpouring of stories from survivors of sexual abuse, but a healthy dose of anger targeted at the men responsible. Matt Lauer lost his job at the Today show for alleged sexual misconduct at work, and Kevin Spacey was given the boot from House of Cards after actor Anthony Rapp accused him of sexual abuse when he was only a teen. These are, of course, only a couple of examples from a list of far too many.

Only time will tell if these men will face long-term career consequences for their abuse. One exception is Larry Nassar, the former Team USA women’s gymnastics doctor who was sentenced to multiple decades in prison for multiple charges of sexual assault.

Now that there’s somewhat more pressure to hold abusers accountable, Cosby’s retrial will be another indicator of how sexual abuse allegations are handled in the wake of #MeToo. From a legal perspective, Emily Martin, General Counsel and Vice President for Education and Workplace Justice for the National Women’s Law Center, says that Me Too could mean a different outcome for Cosby this time around.

“W‌e are in a different context, and context matters in these cases,” Martin says. She further explains that because of the vast number of stories survivors have shared since Weinstein was exposed, many people are better able to grasp what some victims go through following their abuse. More people now understand “why it is that you might not talk about harassment or sexual abuse for many years. Why you might feel powerless and frightened when the person who has harassed or assaulted you is very powerful,” Martin tells us. “If I think people understand that in a way many might not have before, it’s reasonable to think that this would color the response of the jury. ”

Walton tells us that Me Too is making it more possible for abusers to be held accountable for the harms they cause. “For the first time in history, people are believing survivors and valuing their voices. This ultimately leads to consequences for abusers,” Walton says. “People are examining their own behaviors and starting to hold themselves and others accountable. This is our biggest step yet in creating the systemic change we need to end sexual violence.”

In general, the resurgence of Me Too has made more victims of sexual abuse feel empowered to speak out about what has been done to them. “The Me Too movement has opened people’s eyes to the prevalence of sexual violence, and has made those of us who have experienced it feel less alone,” Hunt tells us.

Now that Cosby is back on trial, some of his alleged victims will have the chance to tell their stories once again, this time in an environment where others are perhaps more likely to believe them.

Elizabeth King
Elizabeth King is a politics, history, and culture writer based in the Twin Cities. She is generally pretty cranky but still enjoys traveling, music from the early 2000's, and plotting the resistance. Feel free to say hi on Twitter at @ekingc or check out some of her work at www.elizabethcking.com.
Controversy
Current Events
Controversy Feminism