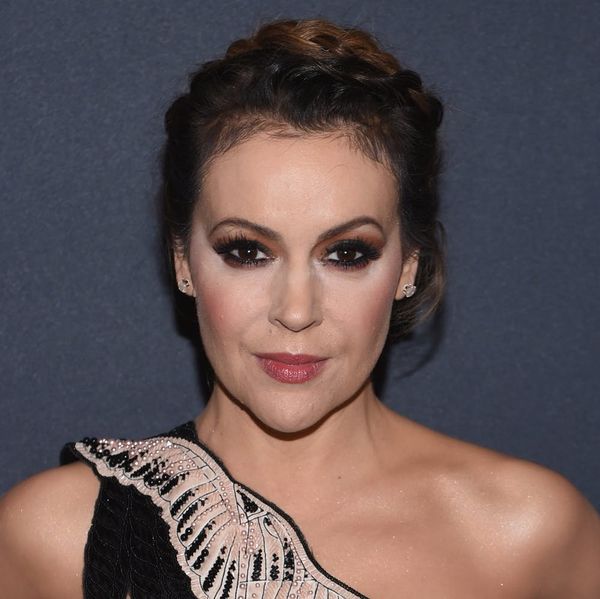 In the weeks since a New York Times report opened the floodgates to allegations of sexual harassment and assault at the hands of Harvey Weinstein, broader conversations have emerged that point to the pervasiveness of sexual abuse outside of Hollywood. On Sunday evening, actress Alyssa Milano tweeted an invitation for people who had experienced sexual assault or harassment to reply with “Me too” in order to show how widespread this abuse really is. Because let’s be honest — who among us hasn’t?

#MeToo has since become an explosive movement across social media platforms, with thousands of women, as well as men, coming forward to voice their own experiences of harassment and assault. But, between the lines, the campaign has largely emerged as a plea for men to do better at respecting women and listening to (and believing) women’s stories.

men, no matter what your history—just let this sink in.

Don't say you have a mother, a sister, a daughter…

Say you have a father, a brother, a son who can do better.

Men, think about this: you personally don't know a single woman that's hasn't faced sexual harassment or assault. We must do better. #MeToo

Don't raise you daughter to be carefully aware of men actions. Raise your son to be aware of women's well-being. #MeToo

If you dismiss them as "liberal ❄️ tears," you are part of the problem.

Let me just cut to the chase with the #metoo trend. Dear men, nearly every woman you know has been sexually assaulted or harassed.

I am in awe of the courage of all the women sharing their stories. #MeToo

Men, time for us to huddle up, and get real with each other.

Men: if #MeToo doesn't have you frantically searching your memory and thinking "Did I?", you're either inexperienced or The Problem.

People have also used the hashtag to demand that we take men’s experiences of abuse seriously:

Nobody believes men when they say they have been abused.
They are ridiculed and taunted.

Reminder 1/6 women, 1/33 men are sexually assaulted sometime in their life, reminder these are low estimates cause most don’t report #metoo

Thank you to the brave men and women who have spoken up and said #metoo about their experiences. You are not alone in this.

#MeToo is a powerful campaign for visibility and showing the pervasiveness of a problem experienced by far too many people, a majority of them women. But, ultimately, #MeToo is about accountability from the people who don’t bat an eyelash about catcalling a stranger on the street or touching someone without that person’s consent.

As many have pointed out in the tweets above, the burden of responsibility to end violence should not fall on victims. Rather, the onus is on the (mostly male) perpetrators of sexual violence and harassment to step up and be better, to recognize the basic humanity of fellow men and women, and for the men around them to stop being willfully blind to the realities of their predation. #MeToo is about showing the human face of a problem but more than that, it’s a demand that men #DoBetter.

For resources on what to do if you or someone you know has experienced sexual assault, visit RAINN here.

(Photo via Dimitrios Kambouris/Getty Images for The Weinstein Company)

Kelli Korducki
Kelli is Brit + Co's Senior News Editor. Her interests include sensible footwear and glasses that take up 25 percent of her face.
Current Events
More From Current Events