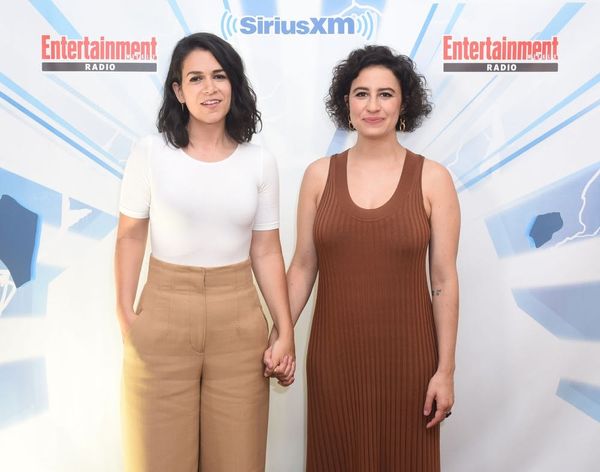 Earlier this year, Broad City revealed that its upcoming fifth season would be its last. Now the show has released a sneak peek at what looks like a season-long tribute to the friendship between the show’s on-and-offscreen besties, Abbi Jacobson and Ilana Glazer.

The short clip shows several flash-forward scenes of the two girls living life and aging together. One moment they’re elderly ladies cracking up together, and another, Ilana is running in to interrupt Abbi’s wedding. In the end, we see them lying side-by-side in a coffin — which, let’s be honest, we always knew would happen — before they open their eyes and wink at the camera.

When Comedy Central announced the final season of Broad City, Jacobson and Glazer, its creators and stars, released a joint statement referring to the show as their “baby and first love for almost 10 years,” since they started as a web series. “It’s been a phenomenal experience, and we’ve put ourselves into it completely,” the statement continued. “Broad City‘s always had a spontaneous pace and feeling, and ending after season 5 honors that spirit.”

Luckily, that won’t be the end of the Abbi and Ilana era: The pair also signed a development deal with Comedy Central, meaning they’ll still work on projects for the network together and separately, according to The Hollywood Reporter.

How do you think Broad City will end? Let us know @BritandCo!