12 Can’t-Miss Books by Women to Read This Year 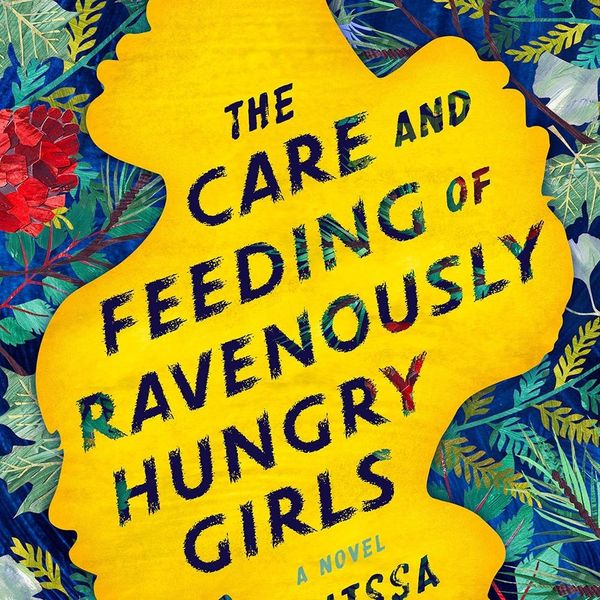 There’s no doubt that some of our favorite books are written by women, and with so many new releases hitting shelves this year, we suggest you add these 12 new titles by brilliant female writers to your reading list. Whether you’re into impactful literary fiction, intriguing nonfiction, or chilling thrillers, there’s a book you’re sure to love this year.

When a strange illness starts affecting a Southern California town, all its residents will suddenly be thrust into a new reality where those around them are falling into fits of deep sleep and intense dreams. As doctors race to try and figure out this unexpected occurrence, families everywhere will begin taking action on their own to ensure the safety of themselves and the ones they love. An of O: The Oprah Magazine favorite, this new novel is unlike any other release you’ll read this year.

<em>Girl, Stop Apologizing: A Shame-Free Plan for Embracing and Achieving Your Goals</em>

Bestselling author and confidence-boosting guru Rachel Hollis returns in 2019 with a new self-help book that will inspire you to achieve all of your goals this year. In Girl, Stop Apologizing, Hollis challenges women to follow their dreams rather than worrying about being what everyone else wants them to be. For those who are looking for a little pick-me-up, Hollis provides just that and more.

Althea has always acted as the motherly figure to her younger sisters, but when she and her husband are accused of a shocking crime, it’ll be up to her sisters to step in and take care of the family. As the trial proceeds and everyone involved tries to get to the bottom of what happened, they’ll learn the true meaning of family and sacrifice.

<em>The Last Woman in the Forest</em>

Marian has finally found her perfect career match: protecting endangered wildlife with rescue dogs in Alberta. But everything she knows comes into question when her mentor and lover dies and suspicions start to rise that he may have been behind the recent murders of four women. Doing her best to get to the bottom of these unsolved crimes, she teams up with a forensic profiler who will bring to light shocking new truths about the man Marian thought she knew. This twisted thriller is the perfect pairing for a weekend afternoon.

Although Juliette and Nate broke up months ago, Juliette is unable to accept the fact that her perfect man doesn’t want to be with her, knowing that if she tries hard enough, he’ll take her back. In The Perfect Girlfriend, Juliette will go to any extent to save her relationship and prove to Nate that she is the love of his life. This dark and twisty love story will leave you on the edge of your seat questioning what Juliette will do next to win back the man of her dreams.

In this devastating and touching new novel from Lorraine Devon Wilke, two unlikely lovers find themselves in the middle of a corrupt investigation that will change their lives forever. Chris is a black sound engineer and when his path crosses with Sidonie, a white and successful venue manager, the two quickly fall into a whirlwind love affair. But everything suddenly changes when Chris is arrested and charged with horrific crimes that will show the young couple just how wicked the world can be.

When seven strangers are promised an exotic vacation, they all jump at the opportunity. Quickly, their dreams of a relaxing time away vanish as odd and dangerous accidents begin occurring. Finding herself in the middle of this chaotic situation is Miriam Macy, who has learned that everyone on this remote island has something in common: They’re each hiding dark secrets. Can these unsuspecting vacation-goers escape with their lives, or will they become victims of the private island? This new novel is the perfect book for readers who loved the Reese Witherspoon Book Club pick Something in the Water.

Deborah Burns grew up in the ’50s with a mother who she adored endlessly. What Burns didn’t know as a child was that her mother was keeping secrets of her own and struggling with ghosts from her past. This new memoir documents the life of a woman who always put up the perfect front and her daughter, who, once old enough, finally came to learn the truth about the woman she always admired. If you’re a nonfiction junkie, you’ll adore this new indie memoir.

Roxanne Granville has always known a life of luxury but after a family falling out, she’s forced to make something of herself for the first time in her life. Becoming an agent for screenwriters in Hollywood, Roxanne quickly finds herself catering to an exiled group of writers who will get a second chance at stardom with her clever business tactics. When she meets Terrence Dexter and starts falling for the man, her hard work and reputation will be put on the line. This empowering historical fiction novel reminds women everywhere that they’re capable of anything they put their minds to.

When Julia Martin left her home and less-than-perfect family behind, she knew she’d find a life that would truly make her happy. But when her the prospect of creating her own happy family ends in tragedy, she’ll return home to her mystifying mother and the grief she tried to escape from years ago. As Julia and her estranged family work to mend their tattered relationship, she’ll find that sometimes nothing can heal a heart better than family.

For all of the romance junkies out there, The Bride Test will be your favorite summer love story. Due to his autism diagnosis, Khai Diep doesn’t know anything about feelings and has no idea what it’s like to love someone. Despite his lack of emotion, his mother refuses to believe that he’ll never find a wife, traveling to Vietnam to find him a woman who can teach him what it is to love and be loved. Bringing home Esme, she quickly falls for Khai and as she gets to know him, she fears that as hard as she tries, he may never feel the same way about her.

If you’re a fan of classic romance novels, you’ll love this May release from USA Today bestselling author Meg Donohue. Merrow Shawe couldn’t imagine living anywhere but her beloved home in Nothern California. Struggling to cope with her mother’s death and her brother’s relentless bullying, Merrow takes refuge in the heart of her first love: Amir, who was sent from India to live with her family. Merrow can’t help falling for him. But just as she puts trust in this new man, a chaotic event turns her world upside down once again, and she’ll begin to question everything she’s ever known.
She Reads
Books
Creativity
Books Goods
More From Creativity