Cardi B and Offset Welcome a Baby Girl — Find Out Her Unique Name! 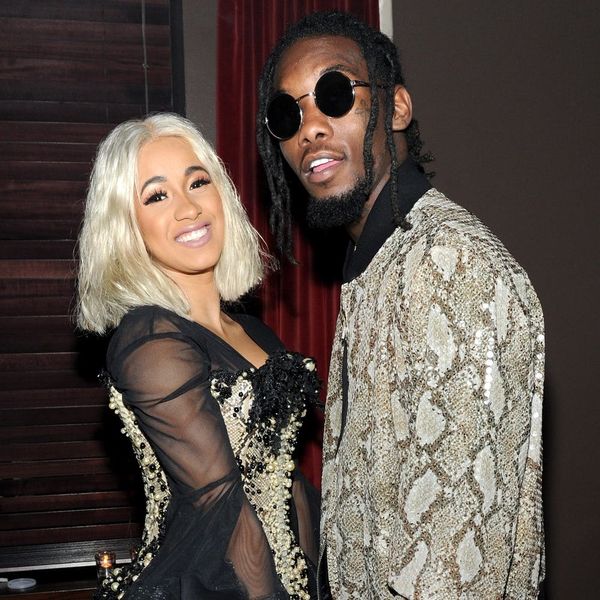 Cardi B took to Instagram on Wednesday, July 11, to announce that she and her husband, Offset, welcomed their baby girl into the world this week. And the name they chose is just as unique as Cardi herself.

“Kulture Kiari Cephus 07/10/18,” the new mom, whose real name is Belcalis Marlenis Almanzar, captioned a photo of herself pregnant and posing naked among various floral bouquets. She also tagged Offset, or Kiari Kendrell Cephus, in the caption, adding bow and flower emoji for their newborn little girl.

After dodging pregnancy rumors for months, the “Bodak Yellow” performer confirmed she was expecting on Saturday Night Live in April. In May, she revealed the sex of the baby during an interview on The Howard Stern Show.

She and Offset came up with the name several months ago, and while she kept it a secret until now, she did say on The Ellen DeGeneres Show that Offset had picked it out. “My dude named the baby,” she said in April. “I really like the name.”

Cardi also talked to Power 105.1 FM’s The Breakfast Club in April about becoming a mother, saying, “It just really bothers me and it disgusts me because I see a lot of women online like, ‘Oh, I feel sorry for you, oh, your career is over.’ As a woman, why can’t I have both? Why do I gotta choose a career or a baby? Like, why can’t I have both? I want both.”

She continued, “I’m a grown woman. I’m 25 years old. I’m gonna say this in the most humblest way, I’m a schmillionaire. You know what I’m saying? And I’m prepared for this.”

Congratulations to Cardi B, Offset, and little baby Kulture!

What do you think about the name Cardi B and Offset gave their baby girl? Let us know @BritandCo!