Cardi B Reveals the Sex of Her Baby 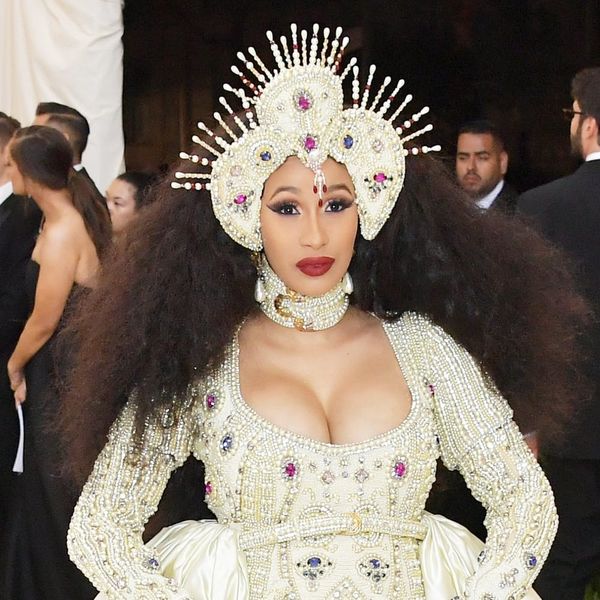 Weeks after pulling off an epic pregnancy reveal on SNL, Cardi B has shared the sex of her baby — she’s expecting a daughter!

The “Bodak Yellow” rapper opened up about the baby, her first with her fiancé, Offset, during an interview for The Howard Stern Show on Wednesday. Asked if she knows what she’s having, she replied, “Yes, I’m having a girl.”

Cardi previously hinted at the sex by referring to her unborn child as “she” while preparing for the 2018 Met Gala on Monday, May 7. “She do weigh three and a half pounds,” the NYC native told the New York Times. “That’s pretty good for seven months, right? Because I was born five pounds.”

Later, when the baby started kicking while Cardi was speaking to Entertainment Tonight on the red carpet, the 25-year-old performer exclaimed, “Oh, she wants to fight me!”

These two slips followed a clue from Cardi’s sister, Hennessy Carolina, who captioned a (now-edited) Instagram post on April 8, “I’m going to be able to hold baby you and give her all the kisses and hugs!”

Cardi B hasn’t shared the baby’s due date or a possible name, but she and Offset already have the latter picked out. “My dude named the baby,” she revealed during a recent appearance on The Ellen DeGeneres Show. “I really like the name.”

Did you try to keep your baby’s sex a secret before they were born? Let us know @BritandCo!