Cardi B Pulled Off the Most Epic Pregnancy Reveal on ‘SNL’ 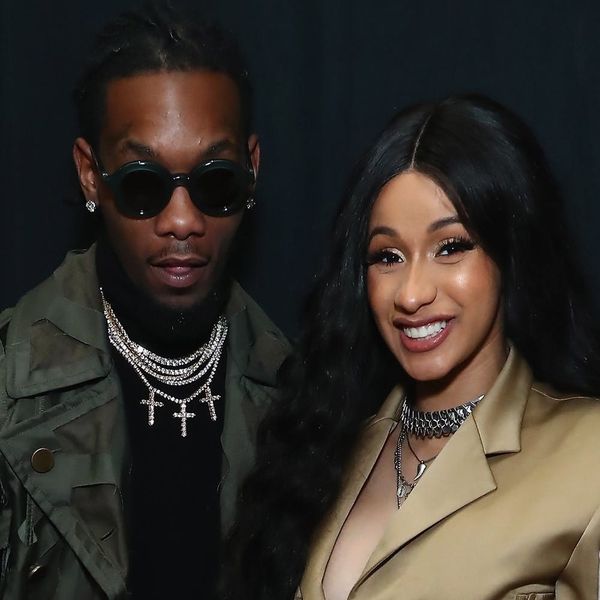 Cardi B is going to be a momma! After months of denying pregnancy rumors, the Grammy nominee announced that she is indeed expecting in the most epic of ways last night, pulling a Beyoncé-style stage reveal while performing her hit “Be Careful” on SNL.

While much of the rapper’s second act was taped close-up, focusing in on her face, the camera eventually panned down around the 2:45 mark to her growing belly, which was visible in a white bodycon dress. Just in case the visual wasn’t confirmation enough, the singer also emulated Bey’s 2011 Grammys reveal by rubbing a hand across her baby bump to a cheering crowd.

Following her performance, the show congratulated its musical guest on the happy news via Twitter.

Cardi’s fiancé, Offset of Migos, also shared a sweet snap of the two holding hands, along with the words, “Thank you for all of your support. We feel so blessed.”

As for Cardi herself, she took her post-show glow as an opportunity to address her haters.

I started winning when the whole world was doubting on me !think imma lose with my little baby counting on me ?

“I started winning when the whole world was doubting on me!” she wrote. “Think I’mma lose with my little baby counting on me?”

What do you think of Cardi’s pregnancy reveal? Share with us over @BritandCo.

Nicole Briese
Nicole is the weekend editor for Brit + Co who loves bringing you all the latest buzz. When she's not busy typing away into the wee hours, you can usually find her canoodling with her fur babies, rooting around in a bookstore, or rocking out at a concert of some sort (Guns N' Roses forever!). Check out all her latest musings and past work at nicolebjean.com.
Celebrities
Celebrity News
Celebrities Celebrity Baby Music TV
More From Celebrity News