Cardi B on Postpartum Depression: ‘The World Was Heavy on My Shoulders’ 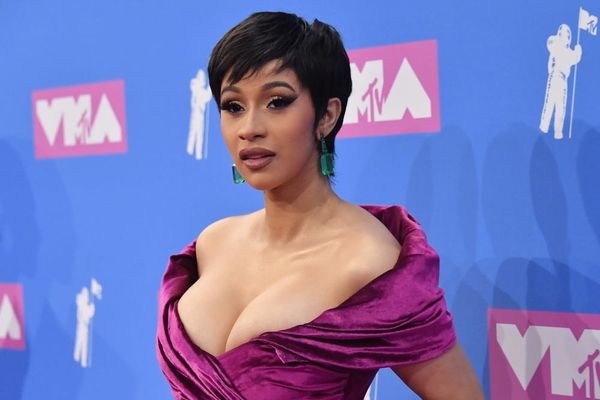 Cardi B’s career hit new heights in 2018, but privately, she struggled after the birth of her baby girl. In a new interview for the March issue of Harper’s Bazaar, the Grammy nominee opened up about her battle with postpartum depression, which snuck up on her in the days and weeks following daughter Kulture Kiari Cephus’ birth last July.

The “Money” rapper told the mag that she knew about the possibility of PPD but thought she was “going to avoid” it. “When I gave birth, the doctor told me about postpartum, and I was like, ‘Well, I’m doing good right now, I don’t think that’s going to happen,'” she recalled. “But out of nowhere, the world was heavy on my shoulders.”

That’s why, despite her plan to go back to work soon after Kulture’s birth, Cardi announced on July 26 that she was pulling out of a tour with Bruno Mars in order “to recover mentally and physically.”

“I feel like my life is a fairy tale and I’m a princess—rags to riches, people trying to sabotage” —@iamcardib opens up about fame in our March 2019 issue. Link in bio Photography by @marianovivanco Fashion editor @kollincarter #cardib wears @chloe

She began to feel better a couple of months after giving birth, but she told Harper’s Bazaar that she’s still dealing with some physical issues. “For some reason, I still don’t feel like my body’s the same,” she said. “I feel like I don’t have my balance right yet. When it comes to heels, I’m not as good at walking anymore. I feel like I’m holding a weight on me. I don’t know why because I’m skinnier than I’ve ever been. But there’s an energy I haven’t gotten back yet that I had before I was pregnant. It’s just the weirdest thing.”

There have been some potentially positive changes, though, including a shift in her priorities. “Before, I cared about everything — relationship, gossip,” she said. “Now I don’t feel like I have the time to please people. I don’t care about anything anymore — just my career and my kid.”

How did having a baby change your perspective and/or priorities? Let us know @BritandCo!