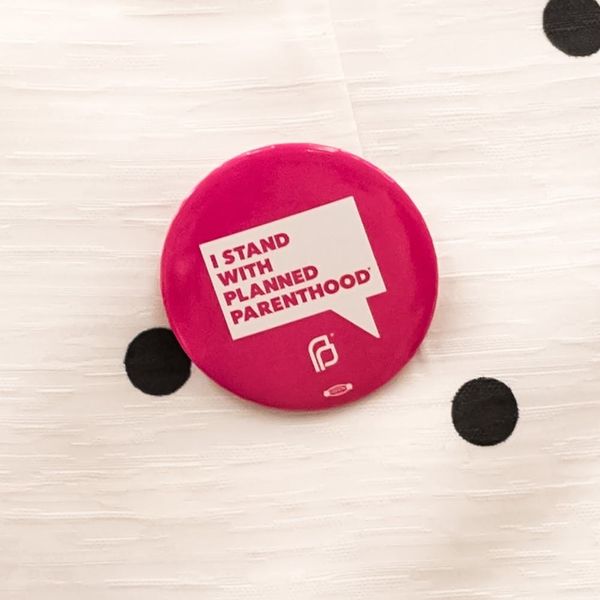 Look no further than the Time Magazinecover featuring a pink knitted Pussyhat for proof of fashion as a form of protesting. With President Trump’s ban on immigration, threatened access to women’s healthcare and a questionable future for LGBTQ rights, the fashion industry is taking a stand… this time with Planned Parenthood.

Fashion stands with @plannedparenthood 💓 Check CFDA.com for the full story on our exciting partnership. #IStandWithPP

The Council of Fashion Designers of America is launching a new initiative, Fashion Stands With Planned Parenthood, to raise awareness with a simple pink pin. The accessories, designed by Conde Nast Creative Group, will be handed out to designers, models and attendees during New York Fashion Week 2017 when it kicks off this Thursday, February 9.

More than 40 designers, including CFDA board member Tracy Reese, CFDA board chairman Diane von Furstenberg, Carolina Herrera, Kate Spade New York and Prabal Gurung, have committed to wearing the pin on their final walk, putting it on one or more models in their show and placing them on the seats for front row guests to wear. “We know that so many people stand with Planned Parenthood — including designers and entertainers — because they and their loved ones have relied on Planned Parenthood for health care, including life-saving care like cancer screenings, birth control, STI testing and treatment and sex education,” Tracy Reese said in a statement for the CFDA. “Planned Parenthood is often the only option for this type of care in underserved communities.

The hope is that anyone who comes in contact with the pin will wear it, post it and tag it #IStandwithPP. Each pin will come with a list of actions everyone can take to get involved. “Fashion is a powerful platform and Fashion Week has a global reach,” Steven Kolb, president of the CFDA, told Refinery29. “It’s a great platform to show our support for Planned Parenthood.”

It's true, we do. 💓 #IStandWithPP @plannedparenthood

This is the first of many initiatives the CFDA has planned, a fitting form of protest because, as Kolb said, “Fashion is an expression of emotion and many designers are influenced by the world around them. It does not exist in a vacuum.”