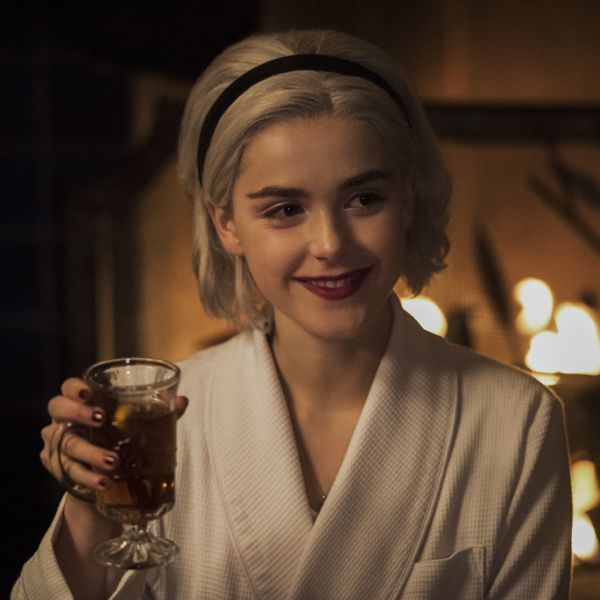 Netflix recently announced that a new, stand-alone holiday episode of Chilling Adventures of Sabrina would make its way to the streaming service in time for Christmas. "Like all covens, The Church of Night celebrates the Winter Solstice, when families gather around the Yule Fire to sing pagan carols and tell ghost stories," Netflix's description of the episode, titled "A Midwinter's Tale," reads. "But the holidays are also a time for guests and visitors — both welcome and unwelcome — you never know what might come down the chimney."

The holiday episode will be available on December 14. In the meantime, click through for 11 new photos that offer a sneak peek at what to expect. (Photos via Netflix)

Harvey Kinkle (Ross Lynch) talks to Sabrina with some twinkling Christmas lights in the background.

Madam Satan (Michelle Gomez) isn't likely to let the season pass without an attempt to lure Sabrina. (Photo via Netflix)

Agatha (Adeline Rudolph) and Prudence appear to be performing some kind of ritual. (Photo via Jeff Weddell/Netflix)