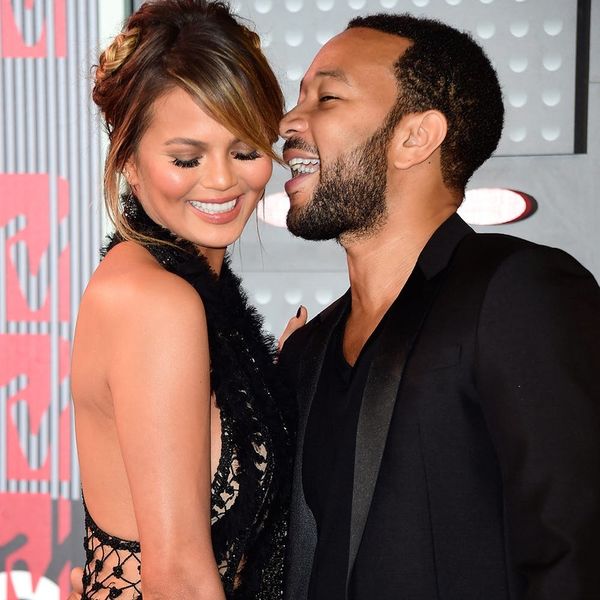 Squeeeeal! Chrissy Teigen, cookbook queen, model + certified funny girl and her has-the-voice-of-an-angel husband John Legend just announced they’re expecting. The couple, who has been open about their struggle for getting pregnant, announced the big news on Instagram (le duh) with a candid snapshot of them totally savoring a parent-to-be moment, with John’s hand sweetly touching his wife’s small baby bump.

Chrissy posted a caption with the adorable photo that said, “John and I are so happy to announce that we are pregnant :) As many of you know, we’ve been trying to have a baby for a while now. It hasn’t been easy, but we kept trying because we can’t wait to bring our first child into the world and grow our family. We’re so excited that it’s finally happening. Thank you for all your love and well wishes. I look forward to all the belly touching! Xx.”

Lots of couples applauded — and identified with — Chrissy’s transparency about the hard time they’d been having to conceive. The fact that they’re now expecting gives hope to others also struggling, so the couple’s big news gives more than one reason to be happy for the growing fam.

Now, let the #Teigend baby naming guessing game commence! Oh, and if you want to peek at some of Chrissy’s cravings over the past few weeks, scroll through her Insta. She’s been living for Pho, zucchini fries, cinnamon rolls and next-level cake. We shoulda’ known!

What do you think Chrissy + John should name their baby? Share your thoughts in the comments below.

Beth Wischnia
You can typically find this Texan writing, trying on a new lipstick, gabbing with her identical twin sister or volunteering at the local animal shelter. She finds inspiration from rosé, beauty products, Tex-Mex and cats.
Moms