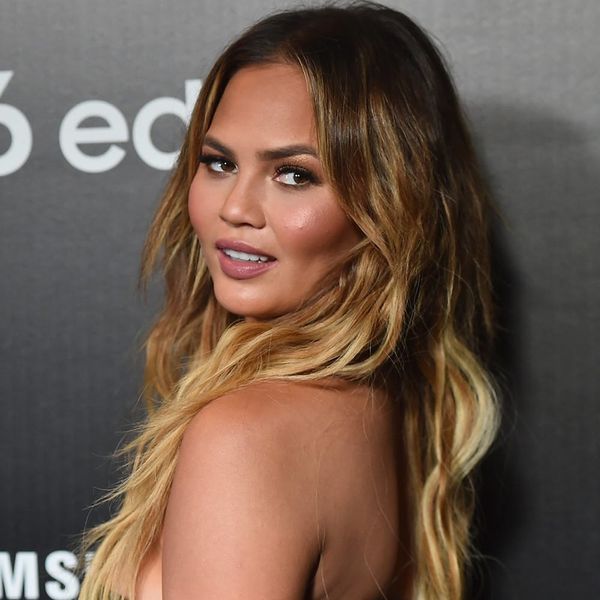 Chrissy Teigen and John Legend have been together for almost 10 years now. And though they’ve been an item for nearly a decade they’ve only been married for two. So you can bet that Chrissy is getting to the point where she’s being asked about kids in almost every interview she does. But the supermodel, who is also a host on the talk show, FABLife just revealed the emotional reason she hates being asked about that topic.

In a clip released from Monday’s upcoming episode, Chrissy tells her co-hosts and the audience, “Every single time I sit down for an interview with anybody… I will say, just being two years into being married, the questions just come from all over,” Teigen said. “It’s kind of crazy because I can’t imagine being that nosy to be like, ‘So, when are the kids coming?’ because who knows what somebody’s going through.”

She goes on to say, “John and I were having trouble. We would have had kids five, six years ago if it happened. We’ve seen fertility doctors.” she said. “But my gosh, it’s been a process.” Her honesty seemed to spark something in her co-host, Tyra Banks who then opened up about a similar struggle.

Sure, the ladies’ bonding moment makes for good TV, but there is definitely some light being brought to a larger issue here. You never really know what personal battles people are facing so think twice before asking that Q again.

Can you relate to Chrissy and Tyra? Share with us below!

Cortney Clift
Cortney is the senior writer and special projects editor at Brit + Co. She typically covers topics related to women's issues, politics, and lifestyle. When she's not buried behind her computer you'll find her exploring New York City or planning her next big adventure.
Parenting