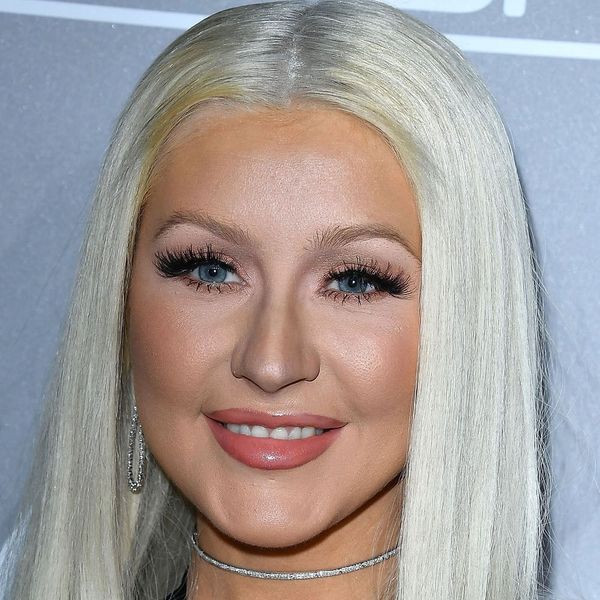 We’ve seen a lot of looks from Christina Aguilera throughout the years, from her Stripped days as a bronzed brunette to the Jessica Rabbit tresses and bold red lips she donned in 2016. The makeup-free look she’s currently serving up on the cover of Paper magazine, however, just might be the biggest transformation we’ve seen from the Burlesque star yet.

Aguilera, 37, took to social media to share the jaw-dropping snap of herself as shot by Zoey Grossman. Gone were her signature kohl-rimmed eyes and bold red lips, replaced instead by a flawless bare complexion.

As the Grammy-winner explained in the accompanying interview for the spread, the look was significant to her current place in life. “I’m at the place, even musically, where it’s a liberating feeling to be able to strip it all back and appreciate who you are and your raw beauty.”

Accompanying photos from the shoot, also shared by the singer, see her doing just that, with the mother of two washing bright shades of burgundy eye makeup off to reveal a gentler, softer-looking X-tina, complete with springy, curled locks in place of her regular stick-straight locks.

The juxtaposition is a particularly striking one, which suits the ever-evolving artist, who’s hard at work on her first album since 2012’s Lotus. “I can’t stay in a stagnant place for too long,” she quips.

But don’t expect her to shelve her makeup collection just yet — “I mean, I’m a girl that likes a beat face, don’t get it twisted.”

What do you think of Christina’s stripped-down look? Sound off over @BritandCo.

Nicole Briese
Nicole is the weekend editor for Brit + Co who loves bringing you all the latest buzz. When she's not busy typing away into the wee hours, you can usually find her canoodling with her fur babies, rooting around in a bookstore, or rocking out at a concert of some sort (Guns N' Roses forever!). Check out all her latest musings and past work at nicolebjean.com.
Celebrities
Beauty News
Celebrities Celebrity Beauty
More From Beauty News