WTF: These Designer Crocs Will Set You Back $350 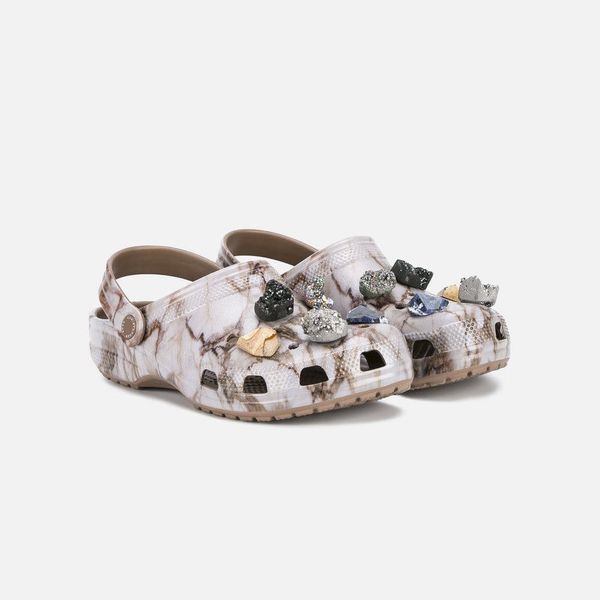 Crocs aren’t exactly considered pretty shoes. Even though they’re comfy AF, even podiatrists have expressed their reservations about the footwear, and they’ve never been considered a trendy shoe among the fashion set… until now. Designer Christopher Kane unveiled his take on the shoe during his 2017 Spring/Summer show, and these fancy Crocs hit the stores today.

In case you thought that these rocky sandals was all you’d see from the trendy Croc universe, think again: Christopher Kane’s Monday show at London Fashion Week demonstrated what happens when you deck ’em out with fur.

Might as well get used to this odd footwear. Looks like high-fashion Crocs are sticking around for a while.

Would you wear furry or sparkly Crocs? Tell us @BritandCo!

Shea Lignitz
Shea can be found in the nearest bookstore or brewery, exploring the great outdoors, or blasting Led Zeppelin. She grew up in the cold and rain of Northern California's redwoods but is currently wandering around Texas.
Fashion Week
Style News
Fashion Week Shoes