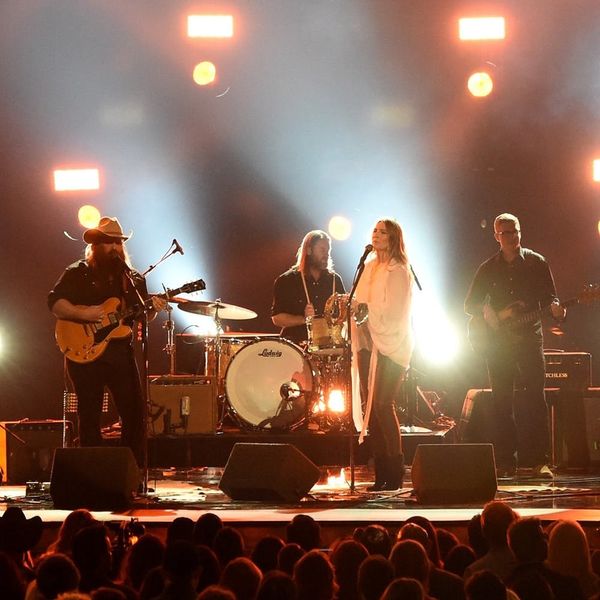 UPDATE (November 3, 7:40pm): As of 2pm on Friday, the Country Music Association reversed the restrictive guidelines we reported on in the original story, along with issuing the following statement to CNN Money. “CMA apologizes for the recently distributed restrictions in the CMA Awards media guidelines, which have since been lifted. The sentiment was not to infringe and was created with the best of intentions to honor and celebrate Country Music.”

The country music community was left shaken when the mass shooting in Las Vegas took place at the Route 91 Harvest Festival last month, leaving 58 people dead and 546 people injured. Now, with the the 51st annual Country Music Association Awards coming up on November 8, the show is requesting that reporters not ask artists any questions at all concerning the current state of politics — including on matters of gun control — lest they risk losing press accreditation.

“In light of recent events, and out of respect for the artists directly or indirectly involved, please refrain from focusing your coverage of the CMA Awards Red Carpet and Backstage Media Center on the Las Vegas tragedy, gun rights, political affiliations, or topics of the like,” the media guidelines read. According to the guidelines, the decision was made in an effort to maki sure artists feel comfortable. “It’s vital, more so this year than in years past due to the sensitivities at hand, that the CMA Awards be a celebration of Country Music and the artists that make this genre so great.”

Additionally, it stated that anyone reported as straying from these guidelines would have their access to the event reviewed, and potentially taken away via security escort.

Country superstar Brad Paisley, who is set to co-host the gala with Carrie Underwood for the 10th consecutive time, was having none of it, taking to Twitter to speak out against the press restrictions.

“I’m sure the CMA will do the right thing and rescind these ridiculous and unfair press guidelines. In 3…2….1…..” he wrote.

I'm sure the CMA will do the right thing and rescind these ridiculous and unfair press guidelines. In 3…2….1…..

Prior to the CMAs press guidelines announcement, the “Last Time for Everything” singer addressed how he would be tackling the tragic incident earlier this week, telling Rolling Stone that hosting this year’s show would not be without its challenges.

“We’re not going to ignore it, but we’re not going to also dwell on that,” he said. “We have to make sure we honor those we’ve lost, but we also [have to] celebrate this music, which lives on, and do a good job having the heart we need to have on that night. And also the theme of the show this year is very much about unity and coming together as a format.”

The 2017 CMA Awards will take place on November 8 at the Bridgestone Arena in Nashville.

What do you think of the CMAs press guidelines? Let us know @BritandCo.