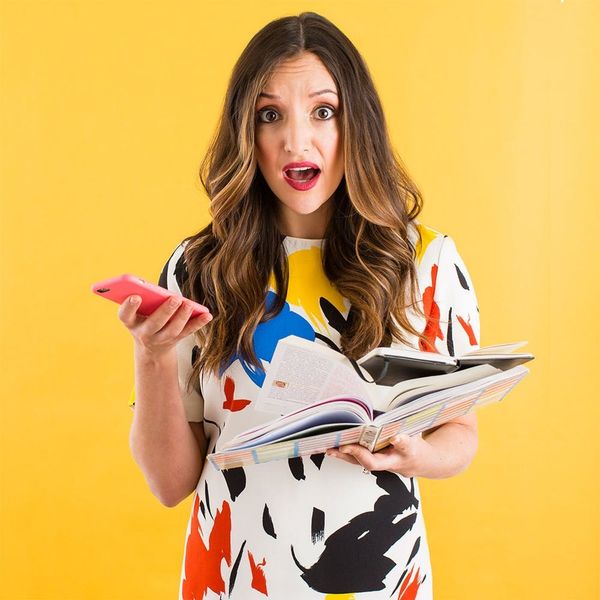 It’s only natural that interviews evoke anxiety. After all, you’re put in the spotlight to ultimately answer one question: “Why you?” But with a little practice, you’ll find it’s not so hard to convince an employer that you’re the best woman for the job. Here, Vicki Salemi, career expert, speaker and author of Big Career in the Big City, tells us how to solve the top interview problems.

1. There’s a gap in your resume. The best way to respond to questions about a gap in your resume is to first be truthful and secondly, be succinct,” Salemi says. “Sometimes job seekers agonize about the gap and talk on and on and on.” Recruiters just need a simple answer to move onto the next question. “It literally can be just one sentence to explain the gap,” she says. For example, the interviewer could say, “There was a death in my family so I needed some time to regroup.”

2. You don’t know how to answer, “What’s your weakness?” “When asked about your biggest weakness, recruiters and hiring managers can see right through it when you try to twist it into a strength like, ‘I take on too much. I am a sucker for multitasking,’” Salemi says. “So, you can pick a ‘weak’ weakness. Meaning, if you’re pursuing a job in sales and one of the most critical skills is relationship building, don’t say that you’re weak at relationship building.” Instead, Salemi says, pick a task like delegating and say something to the effect of, “Sometimes I tend to take on too much and my plate is too full when I really should start delegating to my team. I just get in there and sink my teeth into the project from start to finish.”

3. You’re not sure whether to send a thank-you note via email or snail mail after an interview. A thank-you note—whether it’s snail mail or e-mail—is acceptable. “Actually, some hiring managers prefer receiving it via email since it’s instant,” Salemi says. “As a recruiter, I always preferred receiving [a card] via [snail] mail because so few people do it; it adds a special touch for extra effort. Either way, the gesture needs to be there — expressing your gratitude is a must.”

4. You’re not sure what to wear to the interview because the company has a casual dress code. “The goal is to look professional and polished,” Salemi says. “Even if you’re interviewing, let’s say, at a startup where the culture is jeans and hoodies and it’s dress-down Fridays in the summer, you should still get more dressed up than their dress code… for the second round, you can go a little more casual in this instance, but not by much.”

5. The interviewer asks a difficult question. “Silence is your friend,” Salemi says. “When an interviewer stumps you with a question or you don’t know how to properly answer, take a moment or two to gather your thoughts. Pause, think and breathe.” Candidates tend to feel awkward around silence and pausing, but Salemi says the silence is not as long as the interviewee thinks it is. “It may feel like an eternity, but trust me, it’s not,” she says. “You’re better off taking the time to concoct an eloquent answer than rushing into something and making it up on the fly.”

Do you have any tips for totally rocking an interview? Share with us in the comments below.

This post was originally published on Levo League by Corie Hengst