Couples May Face Instability When Women Are Breadwinners 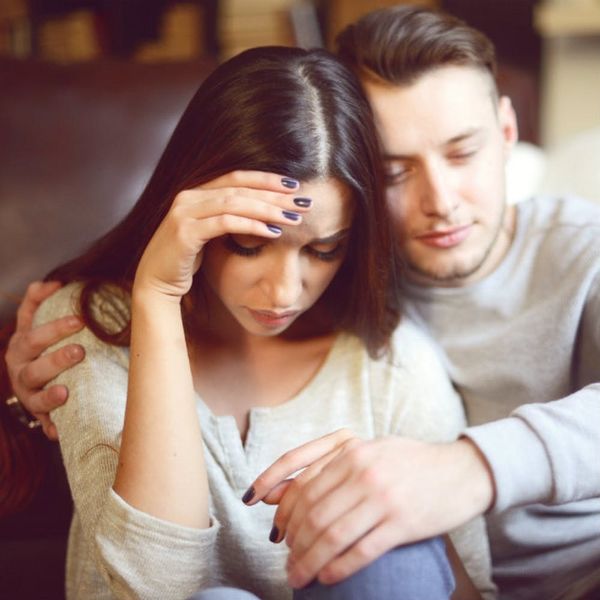 Lots of things can be stressful in a marriage: whether or not to have kids (whether or not to get a pet for that matter!), going through an illness, and especially work and money. But it’s not just stress over money and being busy that can cause instability in marriage. Women with more status in the workplace — and higher salaries — than their male partners may experience higher levels of stress and instability in their relationships.

A new study from Canadian researchers, Alyson Byrne with Memorial University of Newfoundland and Julian Barling with Smith School of Business, examines BOTH the social norms that dictate who “should” be making the most money in male-female partnerships, and how breaking these norms impacts women who bring home the bacon.

In an article about their study for the Harvard Business Review, Byrne and Barling write that they wanted to examine how the concept of “status leakage” might work in reverse for women with high-status jobs. Status spillover is the idea that when a person with less status associates with people of a higher status, the lower status person is improved. On the other side of this, however, is the fear of losing status on the part of those with more status who are close to those with less status.

So what does all of this have to do with love and marriage? Using a nine-item scale that included questions about how women breadwinners felt about their spouses’ jobs and how it impacts their own status and success, Byrne and Barling found that many women feel embarrassed and resentful when they are the breadwinner and their spouse has less status than they do. All of this leads to dissatisfaction with their marriages and makes these women more likely to consider divorce.

But it’s not as if women are simply embarrassed by their husbands’ jobs because it doesn’t earn as much as theirs. The feelings have a lot to do with the way others treat women who marry men with less status. According to the study write-up in the Review, women who marry men with lower status jobs are often accused of “marrying down.” Husbands in these marriages can also be aggressive toward their wives as a result of the shake-up in gender norms.

The impact of these feelings proved to be long-term. Byrnes and Barling conducted a follow-up with a portion of the study’s participants after three years, and found that marital instability could be predicted based on wives having higher status jobs than their husbands.

So, what made women NOT feel crappy about earning more than their husbands? Real, tangible support at home.

The study found that when men helped their high-status wives with childcare and domestic tasks, the wives were much more likely to have relationship satisfaction, and to not stress about the status disparities between themselves and their husbands. Emotional support by itself — that is, without helping around the house — was not enough to make this difference.

But Byrnes and Barling write there’s still a lot that needs to be investigated here. They want to study how wives with higher status jobs are treated in the workplace, and to see if interactions with bosses and colleagues play a role in their feelings about their husbands’ work. They also still have questions about how disparities in status impact the marriages of same-sex couples.

The researchers say it’s vital for couples to have discussions about their jobs and income, and to talk about how they can support one another. Marriages are hard, and so is navigating the working world as a woman. Providing support and open communication seem to be the best way to cope with both.

Have you struggled in a relationship because you have a higher status job than your partner? Tell us about it on Twitter @BritandCo.

Elizabeth King
Elizabeth King is a politics, history, and culture writer based in the Twin Cities. She is generally pretty cranky but still enjoys traveling, music from the early 2000's, and plotting the resistance. Feel free to say hi on Twitter at @ekingc or check out some of her work at www.elizabethcking.com.
marriage
Current Events
marriage
More From Current Events