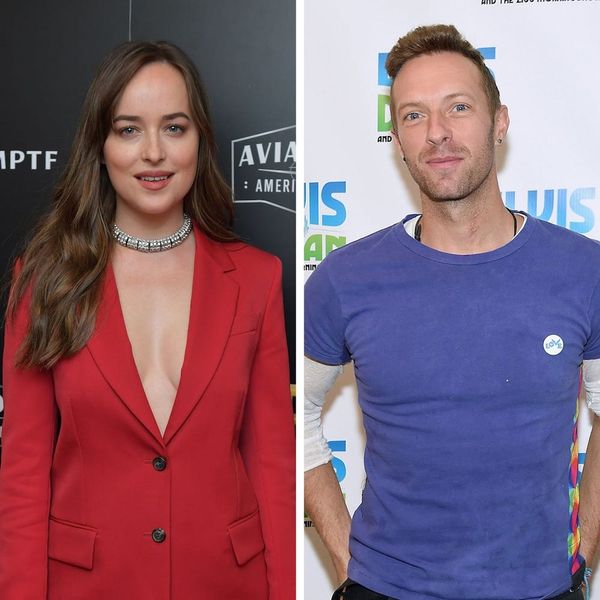 Dakota Johnson’s fictional love life is once again set to be a major topic of discussion when Fifty Shades Freed hits the big screen in February, but she’s also sparking some serious romance rumors in real life, too.

According to Us Weekly, multiple sources have confirmed that the actress is dating Coldplay frontman Chris Martin. The report makes sense, given all the times the two have been spotted together in public over the past two months.

“Dakota and Chris are definitely dating,” one source told Us Weekly, adding that he asks for her opinion on his music and that it’s “more than just a fling.”

It’s not surprising to hear that Johnson is reportedly a fan of Martin’s music — she’s been seen taking in Coldplay concerts from a private booth in recent weeks.

The two seemingly share a love of other music, too — another source told Us Weekly that Johnson, 28, and Martin, 40, attended a Nick Cave concert together in Israel last month, after having dinner with the iconic singer.

The couple also reportedly shared sushi at a Los Angeles restaurant in November.

Despite his high-profile marriage and breakup with Gwyneth Paltrow (with whom he remains close), Martin generally tries to keep his personal life out of the spotlight. Between his privacy and Johnson’s decision to stay away from social media, we don’t expect any relationship-revealing ‘grams in the coming weeks. But we wish them both the best, no matter what.

What do you think about Dakota Johnson and Chris Martin as a couple? Let us know @BritandCo!