Dax Shepard Reveals He Was Fired from ‘Will & Grace’ 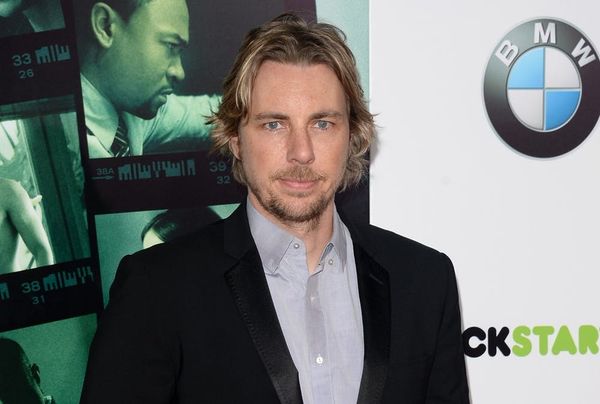 Dax Shepard is pretty open with his fans, whether he’s getting candid about parenting or discussing his marriage to Kristen Bell. And this week he got real about something else: rejection. Specifically, the time he was fired from Will & Grace.

During the December 17 episode of his Armchair Expert podcast, the actor spoke with Will & Grace star (and friend) Sean Hayes about the awkward situation. “I almost don’t remember it,” Hayes said, before clarifying. “Of course I remember it, but I almost blocked it out, because it was horrible that it happened.”

Back in November 2017, NBC announced that Shepard would guest star on an upcoming episode of the reboot. According to the actor, he was meant to play Jackson Boudreaux, a baker who attempts to get romantic with both Will (Eric McCormack) and Grace (Debra Messing). Nick Offerman, who is married to another one of the show’s stars, Megan Mullally, ended up in the role instead.

“I’m fine with it now,” Shepard told Hayes on the podcast. “It was an interesting feeling to get fired. The only thing I cared about is that you and I were involved. I think maybe that was the only element that I was like, ‘Well, that’s kind of embarrassing. These are people that I know — and then, I got canned.'”

While Shepard doesn’t know for sure why he lost the job, he has his suspicions. “It could be as simple as I was terrible at the table read, and that’s fine,” he said.

As for how he found out, he told Hayes he got a call from his agent shortly after the table read. She started by telling him how great he had been in a recent movie — which he took as a sign that she was trying to soften the blow from something else. “When we’re getting about 15 minutes into how good I am in this movie, all of a sudden something clicks where I go, ‘Oh, bad news is coming.’ In the middle of her compliment parade, I go, ‘Did I get fired from Will & Grace?’ And she goes, ‘They’re going another direction,'” he recalled. “I was like, ‘I knew it! Something stunk.'”

While it’s never ideal to lose out on a job opportunity, things worked out for the best for Shepard, who is a father to two young children. Getting fired meant that he was able to attend his eldest daughter’s pre-school graduation, something he would have missed had he been obligated to do a live taping for Will & Grace. “This all worked out exactly as it should,” he told Hayes.

Would you have liked to see Dax Shepard on Will & Grace? Let us know @BritandCo.