Despite Trump’s Executive Order, Migrant Kids Still Need Our Help as Much as Ever 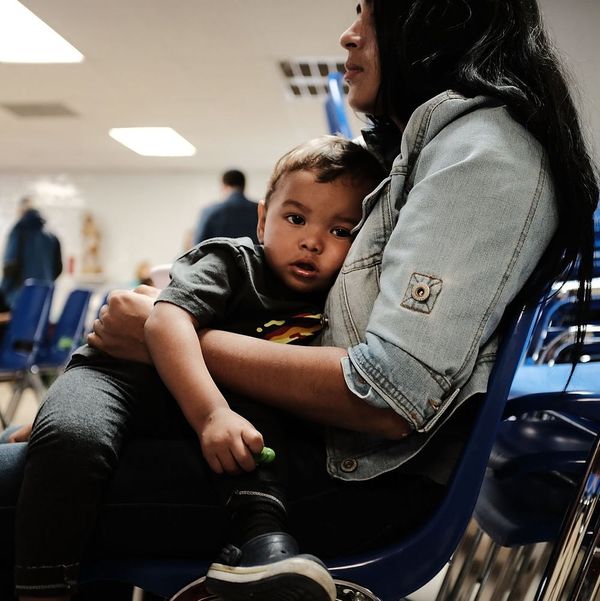 Amid massive public backlash and pushback from Democrats — and some Republicans — in Congress, President Trump signed an executive order on Wednesday, June 20, ending migrant family separation at the US border.

However, the fight for migrant rights must continue. Here’s why:

the executive order is not a permanent solution

The executive order Trump signed Wednesday states that there will be a temporary halt to separating families at the border. The LA Times and other outlets point out that administration officials have called Wednesday’s order a “stopgap measure” — basically, an emergency, short-term solution — until a 1997 court settlement known as the “Flores settlement” is revised. That process could take a long time, and the administration won’t say whether they have a backup plan if they’re unable to get a court’s exemption or pass replacement legislation through Congress.

Further, there are currently no plans to reunite the families that have already been separated. In fact, late Wednesday night, migrant children were flown from Texas to New York to be detained there.

When he signed the order, Trump affirmed that a “zero tolerance” migrant policy would still be in effect at the US-Mexico border. All of this adds up to a continued cycle of arrests, detainment, deportations, and even more family separations.

Although Customs and Border Patrol (CBP) has said it will temporarily stop referring the parents of migrants for prosecution, the Department of Justice may still choose to prosecute them.

The Washington Post reports that a CBP official said, “We’re suspending prosecutions of adults who are members of family units until ICE [Immigration and Customs Enforcement] can accelerate resource capability to allow us to maintain custody.” This effectively means that the administration is buying time to ramp up ICE’s capacities to detain migrants.

As a “compromise” to Wednesday’s order, Republicans in Congress are attempting to pass even more anti-immigrant legislation — specifically, a bill that would provide $25 billion to build a “border wall,” keep families detained in family detention centers, and create a “pathway to citizenship” for undocumented youth. That last part sounds promising, at least, but there’s one major catch: The bill is expected to fail.

Just ahead of the vote that was scheduled for Thursday afternoon, GOP leaders in the House postponed the vote, according to the Washington Post.

but the fight continues

Immigrant communities and other activists understand that Trump’s executive order and the temporary CBP stance on deferrals for prosecution are not solutions to this crisis. Organizers of actions that were called before the order are still planning to move full steam ahead, and even more are in the works.

– NO plan for reunification of the thousands already separated

– No guarantee that there will be no separations

– Continued criminalization of all immigrants

The national march on June 30 called by Families Belong Together is still on, with marches called all over the country.

We are calling for all women to join us for a mass civil disobedience in DC on Thursday, 6/28, to demand this administration stop criminalizing undocumented immigrants and tearing children away from their parents.#WomenDisobey to #EndFamilyDetention https://t.co/7IxTkxYr6N pic.twitter.com/TQ9nKKxntf

The Women’s March has also called for a day of civil disobedience in light of the Trump administration’s immigration policies. In a statement announcing the day of action, the Women’s March said, “We will take escalated action in D.C. on June 28th demanding lawmakers and federal officials do everything in their power to #EndFamilyDetention. On Saturday, June 30, we will rise up in cities across the nation to say #FamiliesBelongTogether. These children and families are counting on us.”

**OFFICIAL NATIONWIDE CALL FOR ACTION AND OCCUPATION**
We are calling on all of our comrades across the nation to occupy and shutdown your local I.C.E building!#AbolishICE #OccupyICE #OccupyICEPDX #StandWithRefugees #StopSeparatingFamilies pic.twitter.com/jJbqE5oejm

In Portland, Oregon, activists have staged an ongoing occupation of a local ICE facility, camping out and blocking the entrances to the building since Father’s Day. This week, the Portland ICE office announced it was temporarily closing the facility due to the occupation. Occupiers in Portland have called for other cities where there are ICE facilities to follow suit.

Various groups around the country, from New York to San Diego to Chicago and Texas, are planning other protests of different sizes and scales. Activists are still helping to raise funds and recruit volunteers for organizations that work directly with migrant detainees, refugees, and asylum seekers. If everyone keeps working hard, there will be plenty more actions to come — and, hopefully, results.