This Year’s “Dirty Dozen” List Was Just Released. Here’s Why You Can Ignore It 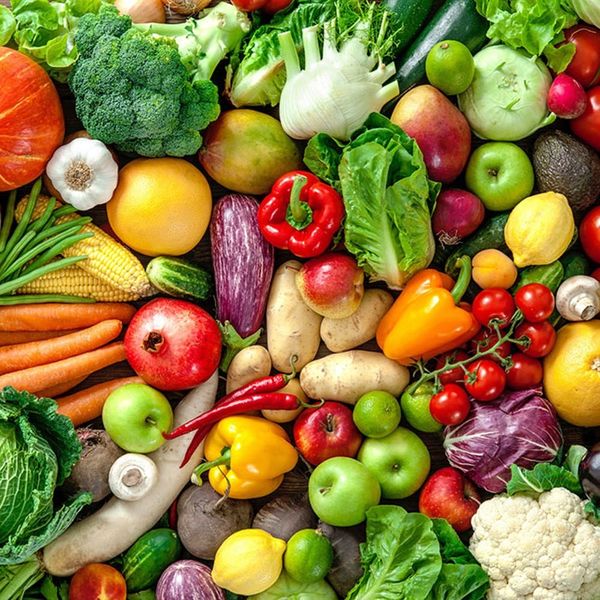 Earlier this month, the Environmental Working Group (EWG) released their annual “Dirty Dozen” list. The list is effectively an organic produce guide, comprised of the 12 fruits and vegetables believed to have the most “toxic” pesticide residues when grown conventionally. To avoid exposure to these residues, the EWG suggests, you should shop organic when Dirty Dozen ingredients appear on your list. Sounds sensible, right? Well, it would be, if there was actually any risk associated with the 12 items marked “dirty.” Unfortunately, the EWF list misrepresents the risks associated with conventional produce — and our overall consumption of fruits and vegetables is suffering as a result.

Are Organic Versions of the Dirty Dozen Safer?

A peer-reviewed study in the Journal of Toxicology found that “Substitution of organic forms of the 12 commodities for conventional forms does not result in any appreciable reduction of consumer risks.” In other words, researchers found that organic produce is no safer than conventionally-grown fruit and vegetables.

And since the same study noted that the pesticide residues linked to the so-called Dirty Dozen “pose negligible risks to consumers,” you can rest assured that all your faves from the produce aisle — organic or conventional — are perfectly safe.

But if that still doesn’t put your mind at ease, just give your fruits and veggies a good scrub when you get home. Washing produce with ordinary tap water has been proven to reduce or even eliminate pesticide residues. (You should do this with organic fruits and veggies too — they’re also treated with pesticides.) As a bonus, you’ll rinse away any dirt or bacteria that might have found its way onto your food between the farm and the checkout counter.

When the researchers behind the Journal of Toxicology article looked into the EWG’s methodology, they found that it was not credible. Furthermore, a recent Forbes article points out that the EWG has strong ties to “big organic marketers.” Although the Dirty Dozen list lacks scientific merit, it does seem to support the interests of the EWG’s financial backers.

Still, the continued attention to the Dirty Dozen list reflects genuine public interest. According to a survey conducted by Consumer Reports, 85 percent of Americans are worried about pesticides. And if those concerns were based on facts, the Dirty Dozen would be an incredibly useful tool. But as it stands, the list simply appeals to our anxiety. Because the truth is, most of us *don’t* understand much about pesticides — and when you’re making decisions that impact your family, sometimes the message that scares you rings louder than the one meant to put your mind at ease.

How Worried Should We Be About Pesticides?

The good news is, scientists have studied how much pesticide residue we can ingest without any adverse health impact. Using this information, the Environmental Protection Agency (EPA) sets acceptable safety levels for pesticide residues.

And according to the United States Department of Agriculture (USDA), 99 percent of residues are well below that safe limit. So you can rest easy knowing that there’s nothing remotely scary or dangerous at your local grocery store or farmers’ market.

As for the health “risks,” some of the country’s best scientific minds have a handle on it. And what they’ve found, consistently, is that the cancer-fighting benefits of eating fruits and vegetables — any fruits and vegetables — far, far outweigh any potential, negligible health risks associated with the trace amounts of pesticide residue that might make it onto our plates.

Is There Any Harm In Checking the Dirty Dozen List?

Since research confirms that organic versions of the Dirty Dozen are no safer than their conventional counterparts, it’s super problematic to suggest otherwise — especially when this misconception is widely accepted, without question. It’s hard to eat organic on a budget, so low-income shoppers report buying less produce to avoid the fruits and veggies named by the EWG list.

What Produce Should You Buy?

The fruits and vegetables you should buy are the ones you most want to eat. Pick the produce you feel best about: Support a local farmer, buy the most vibrant apples at the store, or stock up on all your seasonal faves. Whether you choose conventional or organic groceries is up to you — just make sure you’re getting as much healthy goodness as your budget allows.

How do you pick your produce? Tell us about it @BritandCo!