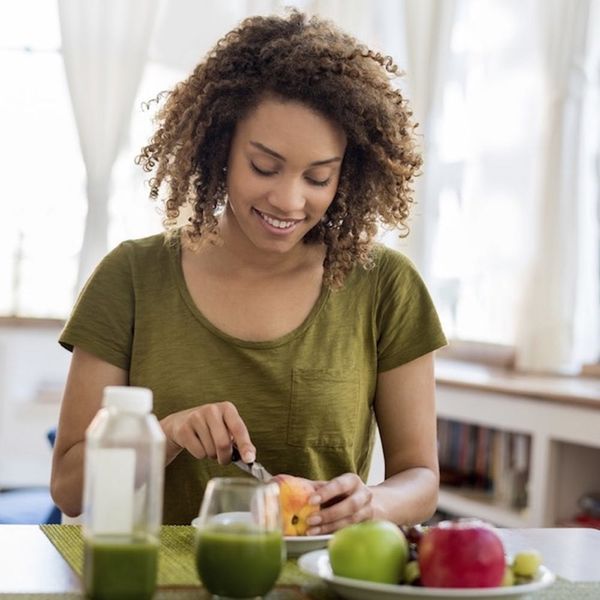 Knowing which kinds of produce to buy organic can be really tricky. There’s so much jargon to think about, you don’t know who to trust, and frankly, the stuff is just so expensive. Say no more! The Environmental Working Group recently released their 2017 “Dirty Dozen” and “Clean 15” lists, highlighting which fruits and vegetables you should buy organic and which are clean enough that you could let it slide. It’s safe to say your fruit salads and smoothies will never be the same again. To get the lowdown on where to spend and where to save on your produce, keep reading.

Each of the fruits that you’ll find on the dirty list tested positive for a multitude of different pesticides and contained higher concentrations of pesticides than those on the clean list or in between. More than 98 percent of the samples of strawberries, peaches, nectarines, cherries, and apples tested positive for at least one pesticide, and a single sample of strawberries showed 20 different pesticides. YIKES. Strawberries are consistently a part of the Dirty Dozen, but new to the list this year are pears, which saw an increase in nine pesticides, bringing their total to 20 as well. The good news is, you’ll find a lot of your favorites on the clean list.

You may be happy to find out that cherry tomatoes and cucumbers were uprooted from last year’s list, but unfortunately, the beloved potato replaced them on the Dirty Dozen. As per usual, spinach samples showed twice as much pesticide residue by weight than any other crop. If you choose only one veggie to buy organic, make it spinach — your green smoothie will thank you. But don’t be too sad — more than 80 percent of asparagus, onions, and cabbage had no pesticide residues whatsoever. So, eat up!

Paige Johnson
Paige is a blogger, food writer and culinary master from Louisville, Ky. She's a newlywed who's obsessed with dogs and renovating her 117 year old home. When she's not working on her blog — My Modern Cookery — you can find her binge watching F.R.I.E.N.D.S with a triple shot latte in-hand.
Adulting
Healthy Eating
Adulting Healthy Recipes Kitchen
The Conversation
More From Healthy Eating