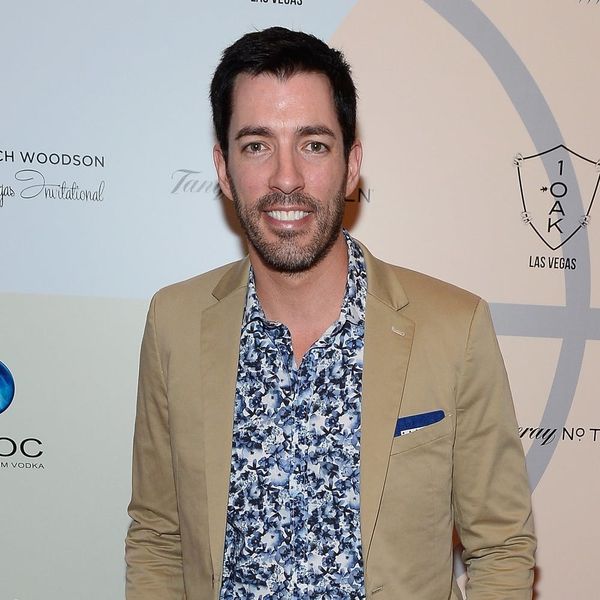 Strap on those dancing shoes! Dancing With The Stars may still be a few weeks away from its 25th (!) season premiere, but anticipation is already growing. Following last week’s announcement confirming which pros will be back, producers treated fans to the first cast member reveal: Property Brothers star Drew Scott.

@mrdrewscott and @theemmaslater are our first official couple of Season 25! Don't miss the full cast reveal in one week on @goodmorningamerica. #DWTS

Appearing with his professional partner (and season 24 winner!) Emma Slater, Scott made the big announcement on Good Morning America, the hosts of which were all too happy to share a newfound Facebook vid of the reality star stripping out of a suit and into a leotard.

During the interview, the 39-year-old admitted that despite his athleticism (he has a black belt in karate), he’s “never danced before.” Still, his competitive nature is already kicking in, particularly given his partner’s reigning champ status. “I wanna make it my duty to get her a second Mirrorball,” he said.

The DWTS dancer said that she’s also feeling some pressure to maintain her champ status, but she’s pleased with her pairing. “I’ve got another good partner, and I can’t believe my luck right now. … I’m so stoked about this one — he’s gonna help me renovate my house!”

Scott’s twin, Jonathan, says that while he can’t take on his brother in the competition due to a recent injury he sustained on his shoulder, he’s “so excited” to watch his bro compete. In fact, the star pre-recorded an adorable message of support, saying, “Hey, good luck, Drew, on Dancing With the Stars. Just remember, I am the brother with the rhythm, so if you need somebody who’s gonna show you some of the moves…”

It’s clear from the interview that Scott and Slater already have great, friendly chemistry. He even called her his “property sister from a different mister.” And while there may be some height issues to overcome, they’ll definitely be ones to watch!

The rest of the cast (which might include Nick and Vanessa Lachey) will be announced on September 6.

Will you watch Drew Scott on DWTS? Tell us @BritandCo!

Kat Armstrong
Kat has been a writer, social media maven and mom for longer than she's willing to admit. She's also spent time in front of and behind the camera, interviewing celebs, politicians and acting as a producer for fashion and artistic photography shoots. When she isn't writing for various orgs and publications, she's hanging with her kids, husband and French Bulldog, Peter, in Toronto, Canada.
Fall TV
TV
Fall TV