Ever Wonder How Real HGTV Shows Are? The Property Brothers Are Spilling Their Secrets 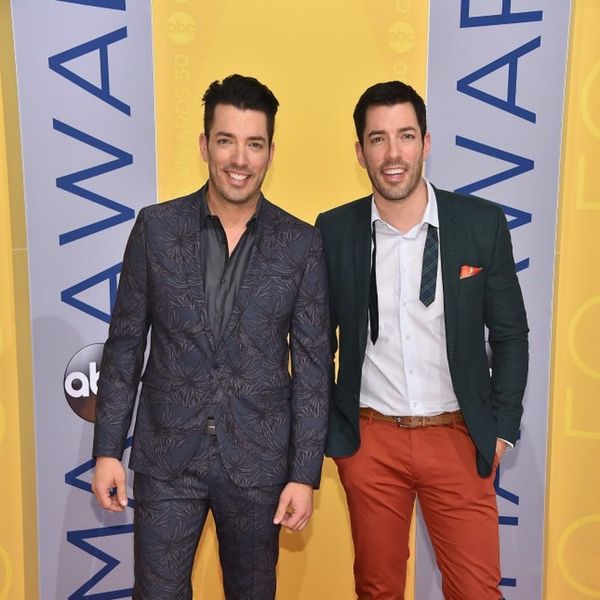 By now, we’re all coming to terms with our absolute love of reality TV. From The Bachelorette to basically everything on HGTV, we just can’t get enough. While Fixer Upper just got its own spinoff show, so did our favorite twins, The Property Brothers, with their show Brother vs Brother heading into its third season. Now, Drew and Jonathan are spilling the beans on just how real their reality show is and what they have to do to make it look seamless.

In a profile in The New York Times, the brothers admit that not not everything is as it seems on the show. While every event actually has happened in real life, they often have to reshoot specific moments in order to get the right angle or a better close-up look.

“At the end of the day, it has to be interesting television,” Drew admits, adding that while they may need reshoots to make things interesting, they don’t make the stories up.

#Repost @propertybrothers: What a great day celebrating @mrsilverscott and @mrdrewscott's birthday on the set of #BuyingAndSelling! Thanks everyone for all the birthday love!! ❤️ #PropertyBrothers #Birthday

“When we find a load-bearing wall, we are really finding a load-bearing wall,” Drew continues. The brothers, who gained success with their Canadian show The Property Brothers, have become HGTV sensations, and later in the story admit that they both would like to get back into their first love: acting and screenwriting.

Jonathan has written a documentary about solar energy and conservation, which he would like to have an opportunity to make, while Drew admits his first love has always been acting, and he would like to spend more time focusing on that career. But in the meantime, the brothers will remain focused on who will win the next season of Brother vs. Brother.

Do you have a sibling rivalry? Tell us @BritandCo!

Kat Armstrong
Kat has been a writer, social media maven and mom for longer than she's willing to admit. She's also spent time in front of and behind the camera, interviewing celebs, politicians and acting as a producer for fashion and artistic photography shoots. When she isn't writing for various orgs and publications, she's hanging with her kids, husband and French Bulldog, Peter, in Toronto, Canada.
Home Decor
TV
Home Decor
More From TV