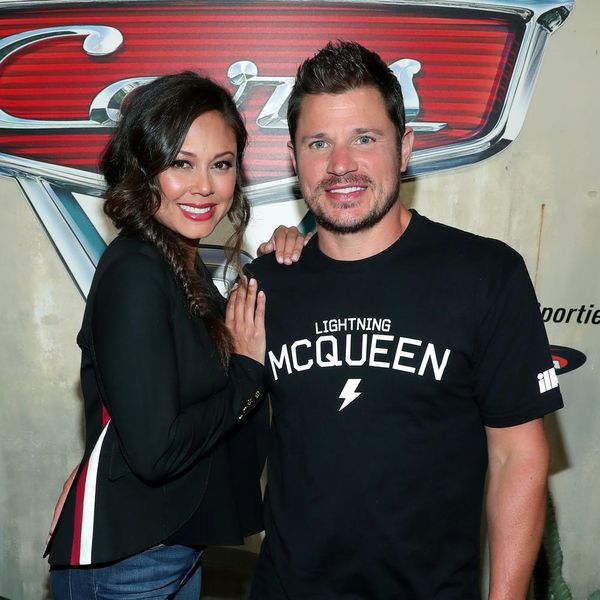 Looks like Nick Lachey’s ready to take another crack at reality TV! A source has reportedly confirmed to ET that the boy bander, who will be releasing a 98 Degrees Christmas album this year, and his wife of six years, Vanessa Lachey, will soon be headed to Dancing With the Stars to face off against one another for the Mirror Ball trophy.

As People also reports, the two will likely be going head-to-head come premiere night on Monday, September 18, just as husband and wife team Alexa and Carlos PenaVega did in season 21. Although the news won’t be officially confirmed until September 6, when the show debuts the cast in full on Good Morning America, if the Lacheys do sign on, they would only be the second couple to compete in the show’s 12 year history.

Total Divas star and bride-to-be Nikki Bella has also reportedly signed on to compete on Season 25, as has Drew Scott, one half of HGTV’s Property Brothers. Meanwhile, one of the show’s announced celebrity pros, Mark Ballas, teased his celebrity partner to People, saying, “She’s lovely, she’s gifted, and she’s natural” before revealing, “I wanted her to be on the show for a while, but schedules never lined up.”

Our interest is officially piqued!

Will you be tuning in to DWTS Season 25? Tweet us @BritandCo.