During Her Grammys Speech, Adele Revealed That She Is Married 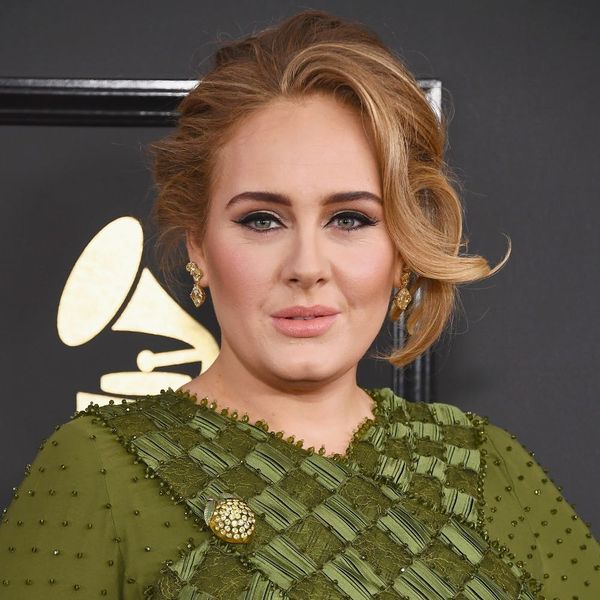 There’s no denying that Adele blew us away over and over (and over!) again last night, from her super emotional reason for stopping her George Michael tribute mid-performance to her hidden Beyoncé nod that was in fact very visible to anyone who happened to notice it. They could only be topped by her acceptance speech. Not only did she show ALL of the love for Beyoncé (and, er, break her award), but she also revealed that she secretly got MARRIED!

Proving once again that she’s among the best in the biz when it comes to keeping her personal life out of the public eye, it sounds like Adele may have pulled off a secret ceremony with her love, Simon Konecki, while no one was looking.

Granted, we’ve all been pretty preoccupied by news of Beyoncé’s pregnancy (not to mention the baby boom in Hollywood at the moment, including Lauren Conrad, Rosie Huntington-Whiteley and Amal and George Clooney, among others), but it’s still pretty darn impressive that someone as wildly famous as Adele could pull off such a masterfully secret wedding.

So, where’s the proof? Well, while most folks are still chatting about Adele’s Beyoncé-love-filled acceptance speech, the singer did in fact thank a few other folks including… HER HUSBAND!

“Grammys, I appreciate it, the Academy, I love you, my manager, my husband and my son — you’re the only reason I do it.” So sweet! And oh-so revealing!

While she managed to keep her engagement pretty darn hush-hush and we expected a stealthy ceremony — with a friend even telling Cosmo that “they won’t make a big song and dance about it,” and on top of that, we’re not likely to “see Adele walking around with a huge diamond on her finger flaunting it,” — it’s still incredibly impressive for someone with Adele’s super-famous status to be able to pull off something this huge with absolutely NO deets slipping out.

What do you think about Adele’s apparently secret wedding/marriage? Tweet us @BritandCo!

Desiree O
Desirée O is a ‘Professional Bohemian’ who loves anything and everything related to the arts, entertainment, and pop culture. She ADORES being a ‘Newsy’ for Brit + Co, covering all of the latest tidbits of awesomeness that you want to read about. When she’s not writing, she’s either making messy art, going on long adventurous walks with her camera, or poking around over at bohemianizm (http://www.bohemianizm.com/). You can find out about Desirée O and her work at http://DesireeO.com/ or follow her on Twitter @DesireeO.
Grammy Awards
Music
Grammy Awards