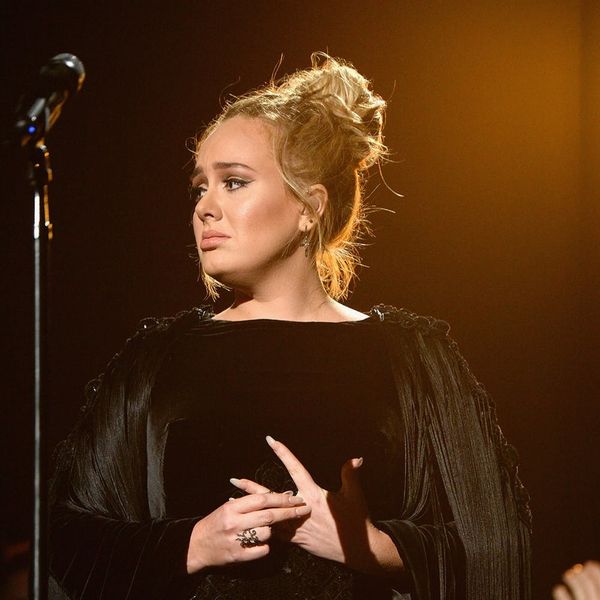 Adele and the Grammys don’t exactly have a perfect track record. Last year, a mic fell into the piano during her performance, which caused some serious technical difficulties. But Adele isn’t one to stay knocked down after a fall. Tonight, she opened the show with a flawless rendition of “Hello” and then returned for a second time to pay tribute to George Michael by singing a cover of his song “Fastlove.” But all didn’t go according to plan…

When #Adele cries, we cry. We love you so much, @Adele! That was so incredible! 😭😭 #GRAMMYs pic.twitter.com/ixkDoMXSOD

And just like that, she took it from the top and utterly nailed the whole thing. Major kudos to Adele for tackling the whole thing like a total boss and being so dedicated to doing George justice. Mariah Carey might want to take note on how to handle an on-stage mess up. Just sayin’…