Eliza Dushku Is Pregnant With Her First Child 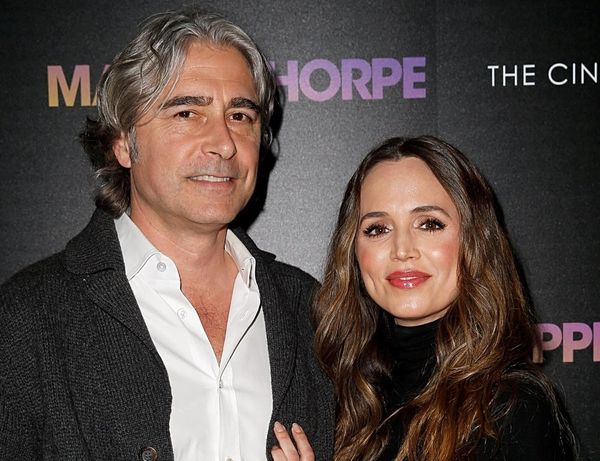 Eliza Dushku is going to be a mom! The Bring It On actress announced Thursday, February 14, that she and husband Peter Palandjian are expecting their first child together.

“We’re just very excited,” Dushku told Us Weekly during Samuel Goldwyn Films and The Cinema Society’s screening of the Matt Smith-starring biopic Mapplethorpe at Cinépolis Chelsea in New York City. “We just got married in August. It’s a special year for us.”

This will be Dushku’s first child. Palandjian, the CEO of Intercontinental Real Estate Corporation, has four children — Manon, Petros, Margot, and Madelon — from a previous relationship. He and Dushku married in August 2018 in a romantic ceremony at the Boston Public Library, after getting engaged a year earlier.

“#Ayo..! ‘YES!!’ Absolutely, my love,” she wrote at the time of their engagement, with an Instagram photo of the couple holding hands.

The couple reside in Boston, where Dushku is studying “holistic healing and addiction and trauma,” according to Us Weekly. “I’m newly married and I’m just so excited about this next chapter in my life. You know, I’ve been acting since I was nine years old and I’m sort of finding these new things that I’m really excited about,” she told the mag. “It’s been a big year but a great year.”