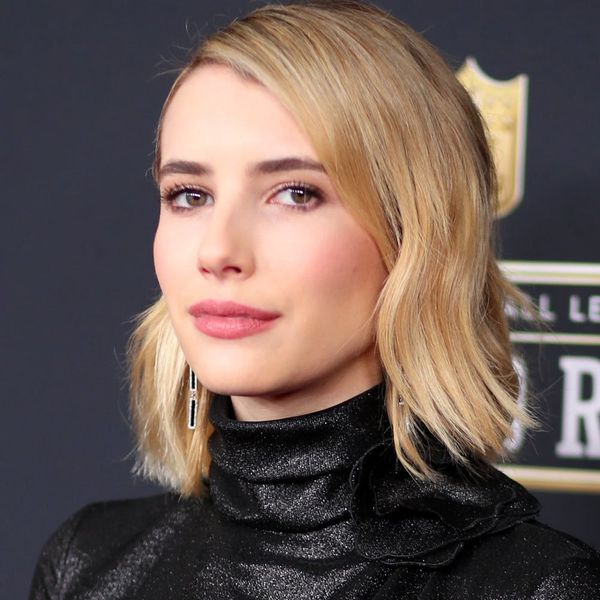 If you’re searching for new ink inspiration but aren’t sure where you’d like to place your new artwork, look no further than Emma Roberts, who just showed off her latest addition, which has a pretty powerful meaning behind it.

Roberts is no stranger to getting inked — she has shown off a crescent moon on the right side of her rib cage in the past. Her newest design, however, is on her upper thigh, and it’s not even the first tat she’s gotten there. (Photo via Paul Archuleta/ Getty)

In an Instagram post, the American Horror Story: Apocalypse star debuted a horseshoe tattoo, crediting her tattoo artist, Daniel Winter, in the caption by writing, “Little luck from the best.” Horseshoes have long been considered to be symbols of good luck, especially in Celtic folklore.

Little luck from the best @winterstone 🖤

As for Roberts’ other thigh tattoo, it’s believed that in 2016 she chose the words “hold me” in a dainty script, telling Refinery29 that she and one of her best friends got the ink “on a whim” during an “unexpected night” in New York.

Winter showed off his famous client’s new tats on Instagram as well, providing endless inspo for those brave enough to take the plunge and add some permanent artwork to the unorthodox area.

Arielle Tschinkel
Arielle Tschinkel is a pop culture junkie who went to NYU because the Olsen twins went to NYU (really). She is a freelance writer whose work has also been featured on HelloGiggles, Refinery29, SheKnows, Bustle, Hollywood.com, and many others; and she's living her dream one Britney Spears GIF at a time. Follow her on Twitter @mrstschinkel or visit her website at arielletschinkel.com.
Celebrity Beauty
Beauty News
Celebrity Beauty Tattoos