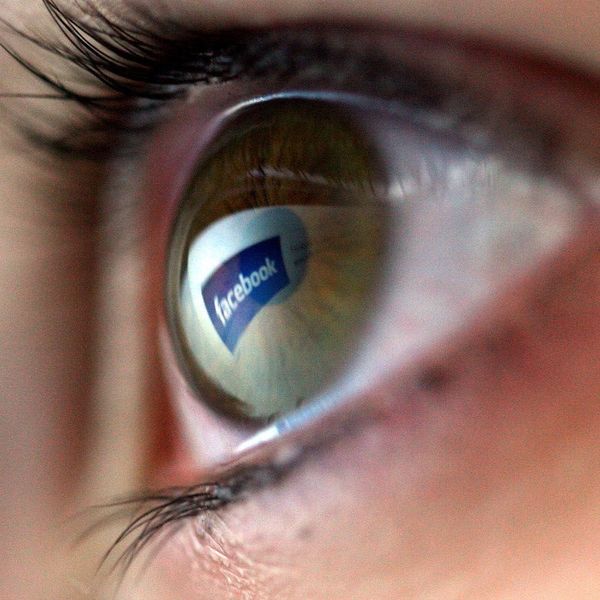 In a blog post today, Facebook announced its new facial recognition feature — one that will detect photos of you (even untagged ones) when they get uploaded to the site. Their argument is that this option will give individual users more power over what gets posted of them online by informing you when someone posts a picture of you on the site, even if you don’t know them. But this feature could have some creepy repercussions, even if the company can continue to secure your data.

“Powered by the same technology we’ve used to suggest friends you may want to tag in photos or videos, these new features help you find photos that you’re not tagged in and help you detect when others might be attempting to use your image as their profile picture,” Joaquin Quiñonero Candela, Director, Applied Machine Learning said in the post.

Although the goal of this feature seems to be protecting your profile online, facial recognition could have pretty creepy outcomes. Back in 2015, an Illinois Facebook user sued the company for its facial recognition software under a unique state law that says that no private company can collect or store a person’s biometric information without prior notification and consent. Carlos Licata said that the “tag friends” recognition software at use at the time broke this law, as he was never informed that the social media company would store his facial data points for later recognition.

Since 2015, Facebook has been fighting Illinois’ law, but this year, at least five other states are looking to add similar facial recognition and biometrics laws to the books. Washington, Montana, New Hampshire, Connecticut, and Alaska are all considering, or have considered adding consumer protection laws similar to the one Licata sited in his suit against Facebook.

Tag your friends who wear their manliness on their faces.

While this may not seem like that big of a deal, Facebook’s own data suggests they are the largest repository of facial recognition in the world. Their repository, called DeepFace (which is, honestly, a mega creepy name) holds data on hundreds of millions of users around the world. Even without marketing or selling our photos, just the very fact that this repository exists and is in use should freak you out.

Besides that, Facebook has built software that is able to locate people based on their photos and they are storing this data privately. Technology could, and probably will, outpace humanity’s ability to manage it, so there is no telling what this massive biometric data store could mean for our future.

This is scary, next level sci-fi stuff, especially considering the negative outcomes that could be borne from folks being able to snap your pic at a health clinic, queer nightclub, or other places you may not want everyone to know about and pinpointing who you are and where you are.

While the company says there will be an option to disable this auto-tagging facial recognition for folks who want to opt out, countries like Canada and those in the European Union will not be dealing with the possibility of biometric facial recognition fallout. These countries all have laws to protect their citizens from having their data stored by companies like Facebook and Apple, whose iPhone X uses facial scanning to unlock the phone.

Will you opt out of Facebook’s new facial recognition software? Let us know @BritandCo!

Kat Armstrong
Kat has been a writer, social media maven and mom for longer than she's willing to admit. She's also spent time in front of and behind the camera, interviewing celebs, politicians and acting as a producer for fashion and artistic photography shoots. When she isn't writing for various orgs and publications, she's hanging with her kids, husband and French Bulldog, Peter, in Toronto, Canada.
Controversy
Current Events
Controversy Facebook social media Tech News
More From Current Events