This Extended ‘Fantastic Beasts: The Crimes of Grindelwald’ Comic-Con Trailer Is Pure Magic 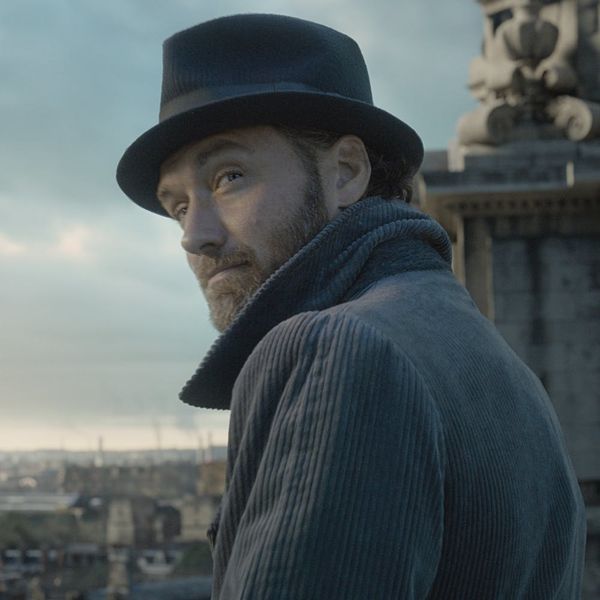 Since Fantastic Beasts: The Crimes of Grindelwald was first teased last year, the sequel to the 2016 smash hit movie starring Eddie Redmayne has been surrounded by buzz, both good and bad. While some fans wasted no time dissecting the first action-packed trailer and searching for hints and spoilers, others criticized the studio’s decision to cast Johnny Depp after the allegations from his ex-wife Amber Heard. The project has moved full speed ahead, however, and the newly released extended trailer will leave you on the edge of your seat.

First revealed at Comic-Con on Saturday, July 21, the three-minute clip is the longest glimpse we’ve gotten so far and features our first real look at a young Albus Dumbledore, played by Jude Law. The flick tells the story of Gellert Grindelwald (Depp), who escapes custody and flees to Paris, where he tries to build a cult following of pureblood wizards to eliminate all muggles.

Newt Scamander (Redmayne) is then given quite the task by our beloved Dumbledore. “I can’t move against Grindelwald, it has to be you. In your shoes, I’d probably refuse too,” he proclaims before disappearing and leaving his pupil to exclaim, “Oh, come on!”

In addition to the return of all of our favorite characters (including Zoë Kravitz as Leta Lestrange), the trailer also features endless special effects and, of course, plenty of fantastic beasts. Most exciting, however, is the fact that we’ll get to see the Hogwarts headmaster in a whole new light. Speaking with EW earlier this month, the 45-year-old Law teased, “We learn a little about his past in the beginning of this film, and characters and their relationships will unfold naturally, which I’m excited to reveal.”

Fantastic Beasts: The Crimes of Grindelwald hits theaters on November 16.

Will you be watching the Fantastic Beasts sequel? Tweet us @BritandCo.