The First ‘Fantastic Beasts: The Crimes of Grindelwald’ Trailer Is Full of Action-Packed Magic 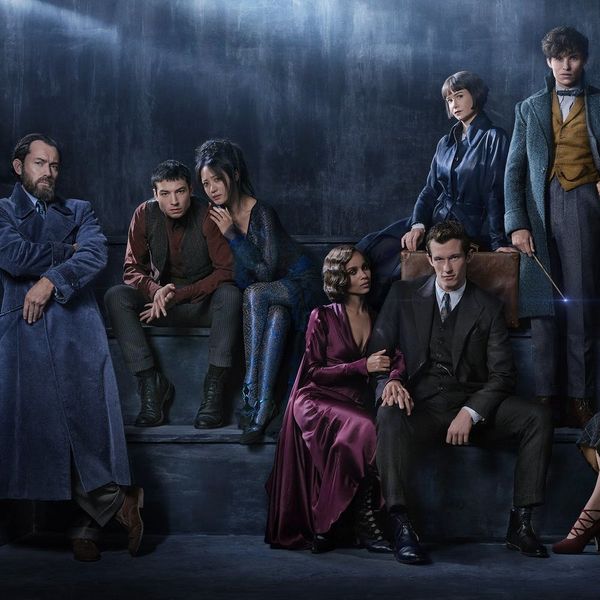 There are still eight months to go until Fantastic Beasts: The Crimes of Grindelwald is in theaters, but the first trailer is already here, and it promises an action-packed and magical sequel to the beloved original.

The follow-up to 2016’s Fantastic Beasts and Where to Find Them heads back to Europe to follow Dumbledore (Jude Law)’s attempt to find and stop Gellert Grindelwald (Johnny Depp)’s evil scheming. Eddie Redmayne also returns in his starring role as Newt Scamander, alongside other familiar characters including Tina Goldstein (Katherine Waterston), Queenie (Alison Sudol), and an excitable Jacob Kowalski (Dan Fogler). Zoe Kravitz joins the franchise as the mysterious Leta Lestrange.

The Fantastic Beasts sequel is one of the most anticipated releases of 2018, but it was also met with some controversy last year when Depp was revealed to be reprising his role after facing accusations of domestic violence against his ex Amber Heard. (Depp denied the allegations, and he and Heard reached a settlement in 2016.) Franchise and screenplay author J.K. Rowling defended the decision to keep him in the film, but many fans were — and still are — upset by it.

Probably not coincidentally, Depp is hardly visible in the first trailer — we just see a brief glimpse of his character being transported and looking worse for the wear.

Fantastic Beasts: The Crimes of Grindelwald is in theaters November 16, 2018. In the meantime, check out the new trailer above.

Are you excited for Fantastic Beasts: The Crimes of Grindelwald? Let us know @BritandCo!