Find Out Which “Laguna Beach” Alum Is Expecting Her Second Child 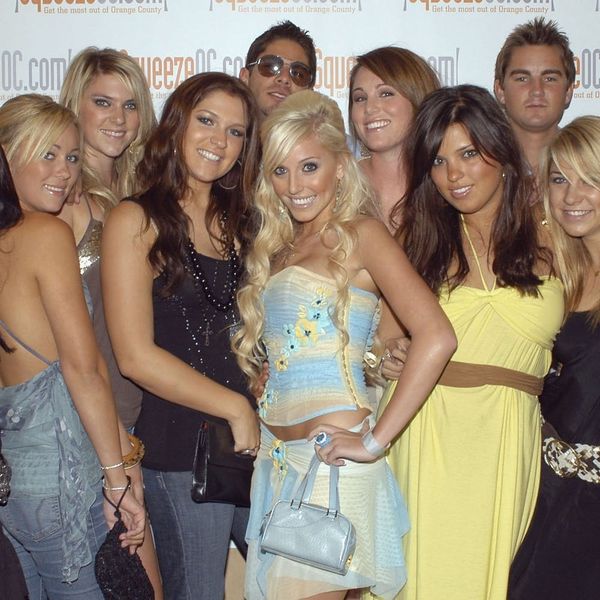 The Laguna Beach baby fever just won’t quit! As Lauren Conrad basks in the bliss of her newborn baby boy (who happened to kick-start his big arrival just minutes after his mom’s annual July Fourth party), another of the show’s alums has some exciting news to share. Casey Reinhardt, who gave birth to her first child just this past August, has just revealed that she’s now expecting her second baby.

The 31-year-old former reality TV figure, who also happens to be the sister of Doug Reinhardt (AKA LC’s ex), took to Instagram just yesterday to post a pic of herself with husband Sean Brown and daughter Kensington Kelly, who posed together in a rather impressive foyer.

Sean, Kensington, and I are sooooo thrilled to finally announce that angel baby number two will be joining our family in January!! We are beyond excited for our new precious addition and we feel so incredibly blessed!! #BabyBrownNumberTwo #January2018 #15weekspregnant #TwoBabiesUnderTwo #LifeisSoGood #soakingupeverysecond 💙💗💙💗💙💗💙💗

“Sean, Kensington, and I are sooooo thrilled to finally announce that angel baby number two will be joining our family in January!!” she wrote. “We are beyond excited for our new precious addition and we feel so incredibly blessed!! #BabyBrownNumberTwo #January2018 #15weekspregnant #TwoBabiesUnderTwo #LifeisSoGood #soakingupeverysecond 💙💗💙💗💙💗💙💗.”

It’s a sweet addition for the entrepreneur behind Casey’s Cupcakes (you might have caught her whipping them up for her appearance on the“Walk of Fame” episode of the Food Network’s Cupcake Wars, which she won) in Southern California.

Nothing is better than this.

Hubby Brown also seemed thrilled with the news, posting a separate shot of himself holding Reinhardt’s belly and quipping, “Nothing is better than this.”

Do you remember Casey Reinhardt from her reality TV days? Let us know @BritandCo!