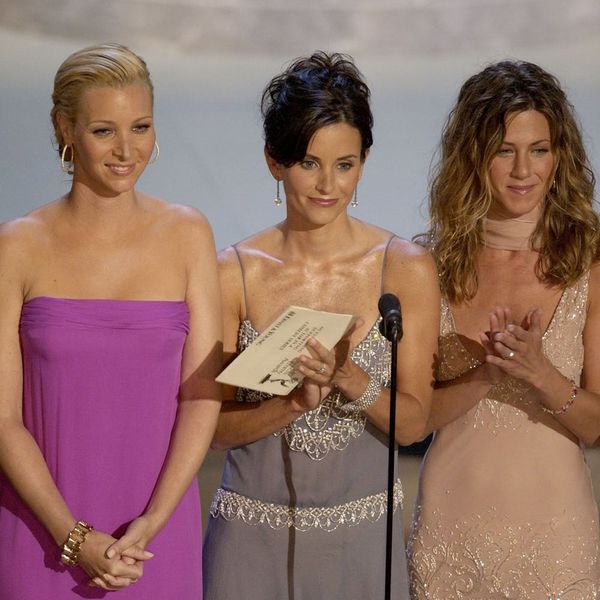 It’s been 13 years since we last saw Jennifer Aniston, Courteney Cox, and Lisa Kudrow onscreen together as their beloved characters of Rachel, Monica, and Phoebe, but when it comes to real life, the trio is as close as ever. Everyone’s fave BFFs got together as recently as this past Thursday to mark a very special milestone for one of their own: Cox’s 53rd birthday.

According to E!, the TV megastars reunited in LA to help the Cougar Town actress celebrate at the renowned Chateau Marmont.

Aniston’s hub, Justin Theroux, was also on hand, as was Kudrow’s husband Michael Stern, Jason Bateman, and Cox’s ex-fiancé Johnny McDaid, who she’s now seeing again after reportedly splitting over disagreements about where the two would live.

Happy birthday to my girl @CourteneyCox – what a beauty. Yes CC x pic.twitter.com/TmcIPxu0us

The Snow Patrol frontman posted a sweet shot of himself with “his girl,” wishing her a happy birthday and calling her a beauty. The RL Monica responded in kind with a message of her own, telling him that he made her day the greatest ever.

Cox’s evening included dinner with the aforementioned group by the Chateau’s restaurant garden, where they drank “several bottles of red wine” and appeared “to be having a lot of fun.”

The birthday girl reportedly played musical chairs in order to get some face time with each of her guests before hitching a ride home with Aniston and Theroux.

“They were having such a great time,” an eyewitness told E!. “Everyone was in high spirits, laughing, and telling stories.”

We don’t know about you, but we love hearing these ladies are still having as much fun as they did when they were stealing our hearts on their iconic show way back when.

Are you happy to hear that these three are still BFFs after all these years? Tell us over @BritandCo.