Why the Adult in You Will Totally Relate to Fuller House 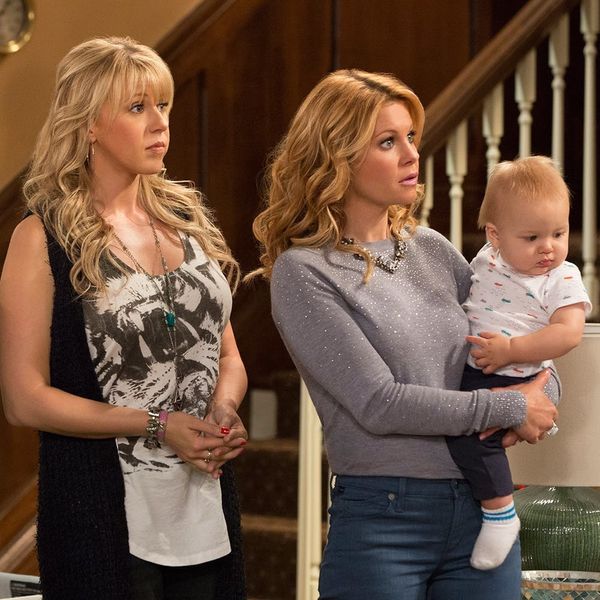 Full House was always a show that the entire family could enjoy together, and as kids we loved the series as much as our parents. But where they were relating to the exploits of Danny, Uncle Jesse and Uncle Joey (even Rebecca, when she came onto the scene), us kids were relating to the junior trials and tribulations that tested DJ, Stephanie, eventually little Michelle and even bestie Kimmy Gibbler in their everyday lives.

With Fuller House now hitting screens across the country and families sitting down together to enjoy the Tanner family all over again, something unexpected has happened. We’re still totally relating to DJ and Stephanie (and even Kimmy, if you can believe it), but now that they’re all grown up and we’re all grown up, a strange thing is occurring. We’re relating to the ladies in a totally new grown-up way. It’s… weird.

Examples! While Steph and Kimmy are dressed up and ready to head out for ladies’ night, DJ is in her comfy t-shirt and comfy pants ready to tackle her laundry pile. But, we’re sure you’ve never had a night like that. *wink wink* Nor would you ever relate to a shocked statement like: “9:30 on a Friday night and DJ’s not in her PJs!” But, for real, you totally would, and so would we.

And while out on the town, how would we impress everyone on the dance floor? DJ: “I watch Dancing With the Stars every night.” We hear ya, girl!

But if DJ is really looking to hook up, Kimmy might have the right idea. “You’re getting a lotta action here on GlutenFreeSoccerMoms.com!” Um, is that a real site?! Because we all have a least one friend or big sis who might benefit from it.

Although, to be honest, DJ doesn’t always think Kimmy has the best adulting skills. DJ: “I don’t think bribing is the best approach to parenting.” Kimmy: “But she likes me so much more when I do.” It’s tough being tough, and it doesn’t help when you have to deal with differing parenting styles between friends. But at the end of the day, both pals understand because they’re going through their own hardships and giant life changes together.

Being overwhelmed by life and having a hard time asking for help is another aspect of these new Fuller House characters that we can totally relate to and just like the show, being super thankful that we have people in our lives who love us enough to step in and help is, well, just about the best thing ever.

Are you relating to Fuller House on a whole new level? Tweet us @britandco!