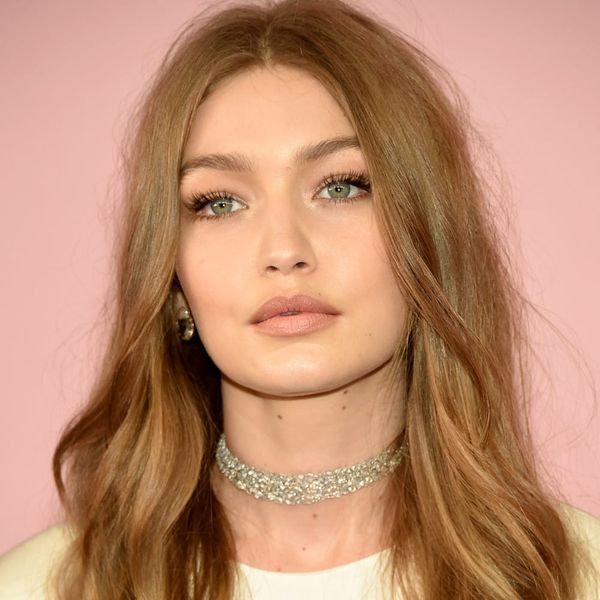 Gigi Hadid has been all about that millennial pink life lately. Just last month, the 22-year-old stepped out looking like a Barbie doll come-to-life in a metallic pink fringed Kreist suit. Now, she’s found a brand new way to experiment with the hue, trading in her uber-blonde locks for a much more colorful shade of fuschia.

Showing off the look on Instagram, the supermodel touched the ends of her ombred ‘do, forgoing any caption of explanation.

We got a bit more insight from her accompanying social story, which, based on the @maybelline tag alone, implies that the look may have been part of a shoot for the cosmetics company (the ads for which Hadid regularly stars in).

Hairstylist Kenna gave us an alternate glimpse at his handiwork, posting a selfie with his client that he captioned, “#PinkPony.”

It was quite a departure for the natural beauty, who tends to stay within a few shades of her natural golden tresses (sans for that time she swapped hair colors with bestie Kendall Jenner).

Still, as fun as her new look was, it doesn’t appear to have been permanent: She posted another shot later that same day in which she was back to her old self while hanging with gal pal and fellow model Lily Aldridge. “Got my @lilyaldridge in the city,” she wrote.

got my @lilyaldridge in da city 🗽🗽💕

Are you into Gigi’s colorful locks? Tell us over @BritandCo.