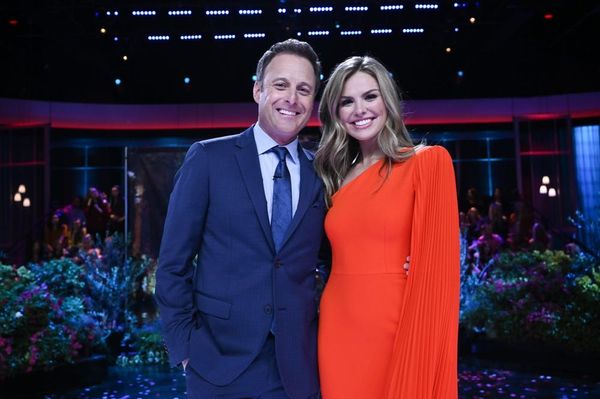 With season 15 of The Bachelorette set to premiere in a little over a month, ABC has just released the first sneak peek of Hannah Brown as the leading lady in a fierce new teaser trailer.

The one-minute clip, released on Friday, April 5, shows Brown walking slowly through a foggy forest in full fairy-tale princess mode, with a Cinderella-esque gown and a beauty pageant sash and tiara. In the background, singer Grace’s cover of “You Don’t Own Me” plays as the soundtrack.

As she ventures further into the forest — leaving a trail of red roses in her wake — the former Miss Alabama begins to shed her beauty queen past, tearing off her crown and sash and removing the skirt of her gown to reveal a fabulous jumpsuit underneath. “Think you know her?” the promo says as Brown strikes a powerful pose. “Think again.”

Brown previously appeared in season 23 of The Bachelor, but was sent home by Colton Underwood in week seven. “I feel all the emotions, but honestly, I’m just really grateful for the opportunity,” Brown told host Chris Harrison when she was revealed as the new Bachelorette. “For a minute there, it was touch-and-go from my experience. But in my wildest dreams, [I did hope for this].”

The reality star has already met a handful of the contestants who will be vying for her affections. But only time will tell if one of them is her dream guy. “At the end of the day, I want somebody who loves me and chooses me,” Brown said on The Ellen DeGeneres Show in March, before outlining some of the other qualities she’s looking for in a husband.

“Oh man, they gotta be good looking,” she joked. “Just a good human. Good heart, kind, strong. But ultimately, I want at the end of this to know that they know me. And know every part of me. And not just some version of myself that I, like, package together and am like, ‘Do you like this?’ … But the good and the bad, and I want that in return.”

The Bachelorette season 15 premieres on ABC on Monday, May 13, on ABC.

RELATED: Which ‘Bachelor’ and ‘Bachelorette’ Couples Are Still Together?